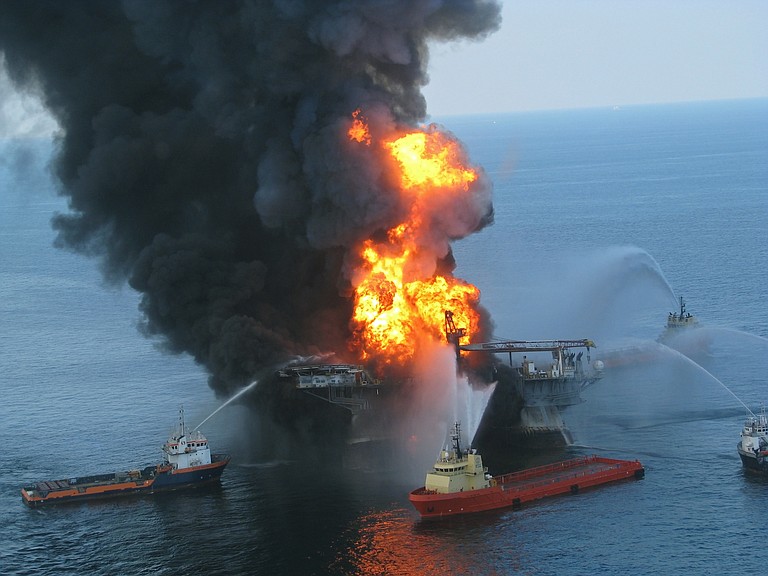 The Bureau of Safety and Environmental Enforcement made changes to the interim rules put in place after the explosion on the Deepwater Horizon rig that killed 11 people and sent 200 million gallons of oil gushing into the Gulf of Mexico. Courtesy US Coast Guard

Calling the new rule evidence of Obama's "continuing commitment to expanding safe and responsible offshore energy exploration and development," the Bureau of Safety and Environmental Enforcement made changes to the interim rules put in place after the explosion on the Deepwater Horizon rig that killed 11 people and sent 200 million gallons of oil gushing into the Gulf of Mexico.

The biggest change deals with industry standards that were broadly referenced as part of the rule. The revised rules released Wednesday restored the industry's distinction between "should" and "must."

Industry groups, including the American Petroleum Institute, argued the rule was confusing and could introduce new risks into the system. The interim rules made mandatory some measures that the industry had made voluntary. The result was that some measures appeared to conflict with each other.

The BSEE said the new rule strengthened reforms put in place after the BP oil spill that companies have complied with for almost two years. In that time, the Department of the Interior has issued 750 drilling permits.

The Department of the Interior said the final rules would cost the oil industry about $131 million annually to come into compliance, or about $53 million less than the emergency rules. Among the changes, the department trimmed by about $86 million its estimate for how much it will cost to test remotely-operated underwater vehicles, such as those that provided video feeds of oil spilling into the Gulf in 2010.

Mississippi is considering a plan to open state waters to mineral exploration and drilling. After the Mississippi Development Authority put out rules for seismic testing and grilling in the Gulf of Mexico, environmentalists objected, and MDA held an administrative hearing last week. Brent Christensen, MDA's executive director, is now considering whether to let the sale of drilling leases move forward.

Although Mississippi officials have been big boosters for drilling in the state, Gov. Phil Bryant has not been pleased with the Obama administration's handling of drilling leases.

Bryant and several other Republican governors make up the Outer Continental Shelf Governors Coalition. On Aug. 8, the group sent a letter to Obama expressing concern that the administration did not "properly consult with the coastal states" before finalizing a plan for oil and gas leasing on the continental shelf. The letter, which Bryant signed, stated that Obama's administration failed to expand drilling access in the Arctic and Mid- and South-Atlantic.

Louie Miller, executive director of the Mississippi chapter of the Sierra Club, said drilling in federal waters would mar the scenery from Mississippi's barrier islands. Miller also believed the Bureau of Ocean Energy Management, Regulation and Enforcement, which sets drilling regulations, should have held a public meeting on the Mississippi Gulf Coast when it conducted meetings on a leasing plan.

"I didn't like the way it was handled," Miller said.