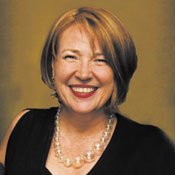 This week, a local dentist showed up on Facebook agitated that we had dared publish a story about guns in a public-health context. When I clicked on his name and read his public page, I felt like I had crashed a dinner party unobserved where people let loose their true feelings about anyone not like them--whether liberals, Muslims, homosexuals, or, apparently, non-"whiteys."

The dentist calls Obama supporters "Obamunist" and "definitely evil." A woman then answered: "I am not surprised by anything these demons do and in these last days they are becoming more bold and arrogant, toward the light. It tires our souls like in the days of Lot, when he cried out to God for all the wickedness surrounding him was exhausting him spiritually. This is Warfare!!!"

Being against voter ID laws, the dentist posited, is a way for Obamunists to get more "illegals" to vote, with disastrous effects: "think payback whitey." His doctor friend loved the race dig: "Yep. (The dentist) is on it."

No matter, liberals are dying off anyway. "After all is said and done, liberals can't win. Secular humanists kill their children or don't have any," the dentist wrote, assuming of course that all "liberals" are secular. He quotes Phillip Longman who wrote a book in 2006 called "The Liberal Baby Bust" who makes the laughable argument that liberals will become extinct over time because they are having fewer babies even as children are being "disproportionately being born to people of faith." (Note, again, that his liberals don't believe in God.)

The dentist: "That is why liberals would love for you to fill their barracks (also known as public schools) with your children. Don't do it. Have as many children as you can train up well, and you will be doing more for the cause of truth and justice than you can possibly imagine. In the end, this battle is not one of words, ideas, guns, or power. It is one of children. Blessed are those parents whose quiver is full of them." (Forgetting, of course, that many children defy their parents' political beliefs, and if Longman were correct, Mississippi today would have many more young racists.)

In response, his friends posted: "Amen well said. Gays are adopting though not in numbers to support their sick cause." Next post: "May go buy another gun this weekend." Then: "Me 2. And another 50000 rounds." Then: "Ruger LC9." (LC9 stands for "Lightweight Compact 9 millimeter.)

The dentist declared that a "homosexual is defined by a sexual behavior" and, thus, it's a choice they don't have to make. "[T]he rabid gay crowd thought they were going to shut CFA down, but instead their fascist demands that Chick-fil-A's Presidente Dan Cathy repent of his free speech actually catapulted the fast food chain into record profits. Cha-ching!"

Like many of Dan Cathy's defenders, these folks slipped down two illogical slopes, especially when they argued that, of course, same-sex marriage (and seemingly any legal efforts to protect the rights of American gays and lesbians) was ludicrous because the behavior is a sin. "This would basically mean the destruction of any foundation for laws against anything," the dentist opined.

The problem with this argument--that our laws should be based on the dentist's interpretation of the Bible--is that it is precisely opposite of the religious-freedom foundation our nation was built on. The U.S. exists, in no small part, because (often-Christian) denominations across the pond tried to use their governments to demand that people worship, believe or act in the way the church in power wanted. Our brilliant First Amendment couples the guarantee of free exercise of religion with its anti-establishment clause precisely because the founders knew that folks like the dentist or Mr. Cathy would come along and try to force everyone to believe the way they do. It takes one clause to enforce the other.

Which brings me to their second logical lapse: that, somehow, it is a violation of Dan Cathy's "free speech" rights for other Americans to protest his attempts to convince public officials to use the government to restrict the rights of Americans they disagree with.

The First Amendment also restricts the government from taking actions to squelch free speech--it has nothing to do with one American responding to another's exercise of free speech, which isn't "fascist" by definition. Speech flows two directions. That is, Mr. Cathy gets to argue that the U.S. should restrict gay marriage, and others get to respond loudly (including with boycotts, which the left and right have long used). Nearly everything said in the Chick-Fil-A dustup was an exercise of "free speech"--except for dumb politicians who made noise about running Chick-Fil-A out of their cities, which crossed the line.

When I read the dentist's page, I was already thinking about the idea of "tolerance," which is personal and, thus, not about the First Amendment (which, remember, is about what the government can and cannot do). I've heard a lot of folks yell about Cathy detractors not being "tolerant" of his religious views.

We should pause and think about this carefully. Mr. Cathy is not just holding a personal and religious view; he is trying to use the government to push his views on others. We should tolerate his views, but forcing it on others requires a response. This reminds me of state officials who used the government to keep blacks from voting or interracial couples from marrying not many years ago. Would we seriously look backward and applaud how "tolerant" so many of our citizens were toward outrageous and even violent discrimination?

Of course not. We mustn't water down what "tolerance" actually means: being accepting of others' views as long as they do not violate another's rights. Mr. Cathy is pushing intolerance--because he wants the government to enforce his beliefs, striking at the very core of what makes our nation great. Do we shrug and reduce that effort to just being an exercise of his free-speech rights, or do we talk back to his efforts to form an intolerant nation and tell him to mind his own business when it comes to the rights of his fellow Americans?

Put another way, I wholeheartedly defend Mr. Cathy's, or the dentist or the doctor's, right to speak out against gays, Muslims and liberals, but that sure doesn't mean I will stay quiet when they try to turn the government into their personal belief police. Voltaire said, "I disapprove of what you say, but I will defend to the death your right to say it." Just don't trample other people's rights in the process.

Is the government shutting down Twitter parody accounts!? I hadn't heard that. Have a link?

Wow. Those first few paragraphs made my blood boil. It's scary to think that in the 21st century, there are ANY people who still think like this, let alone enough to carry on a conversation about it.

Donna, per usual, you have insight and gave great commentary. I am FLOORED by the direct correlation in your piece between the dentist commenting on gay people, children in "quivers", and the next statement seems to be about purchasing weaponry and many rounds.

I didn't read the original conversation, but was that meant as a thinly veiled threat? Some type of promise of retribution for gay adoption? How do you think that was meant?

I don't know how it was meant, Michael. But those were the comments right under that statement. It was chilling. All of it was; I just can't imagine living in the kind of hell that is required to have contempt for anyone and everyone unlike oneself.

I mean, he's a dentist. Now, I could generalize and say he's already prone to being a sadist... that he loves inflicting pain on others... but that's a whopping generalization. :)

I will say that as a person of a profesional career with medical intonations, he has his hands in other peoples' mouths all day. Does he not take black, Muslim, gay, women, or "non-white" clientel in his practice?

Are you at liberty to say who this medical/dental professional is? Are they Jackson-based? I'd like to ensure they never recieve my patronage.

The first part of your commentary made me angry...then I felt pity. It's sad and (I'm sure exhausting) to be filled with so much hate and anger. I also wonder how many gays, non-Christians, non-whites or liberals the dentist has turned away in his practice. Many I hope. I'd be afraid to know someone like this was playing around in my mouth...and angry to know they were taking my money!

Is there some way to research to find out who this dentist is? I would hope it is not mine and would want to change if it were.

You could probably figure it out. I'm not going to name him and give him more publicity.

BTW, if you want to figure out who they are, or respond to them, these guys are on the JFP Facebook page posting and commenting. Apparently, this column annoyed them, and they are employing more leaps in logic. Enjoy.

TL;DR version: I, as a gay man, reject the notion of "tolerance."

"We mustn't water down what 'tolerance' actually means: being accepting of others' views as long as they do not violate another's rights."

You're right. We must not forget what "tolerance" means. And operating under this definition, when do we change mindsets? When do we solve for the root causes of bigoted policies and statutory inequality? "Tolerance" puts a band-aid on the problem and I reject the notion of "tolerance."

So it's ok to hold on to a hate-filled world view so long as it doesn't inform policy? How naive to think that won't happen as long as people think to "tolerate." Eliminate the bigotry at the source (the community and individual level), replacing with acceptance, and bigoted, hateful policy won't bubble up.

The idea of tolerance implies that a person can view me as "wrong" because of my sexual identity, but they shouldn't discriminate against me...but I'm still viewed as WRONG, as less than, as not the same. If someone doesn't see this as messed up, I'm not really sure why they would inject themselves into the equality conversation.

All, a friend just emailed to tell me that Voltaire apparently didn't say that quote above that has long been attributed to him. Apparently it was by a woman, Evelyn Beatrice Hall, who was his biographer. Here is her Wikipedia listing:

Otherwise, thanks all for the comments. We're finishing a long day of finishing sending the fall BOOM to the printer so it's nice to glance here and see a bunch of conversation about the nastiness sweeping the nation. Will be back to chat more when I can think straight again.

So, I just peeked at the dentist's Facebook page to see how he's reacting to this column: predictably by hurling empty insults at the JFP, but not actually addressing anything. He did post this in response, though, because you know when you speak out any gays, you are of course speaking out against violence against Christians:

(Remember: These aren't genuises of logic over there. Read my above column again.)