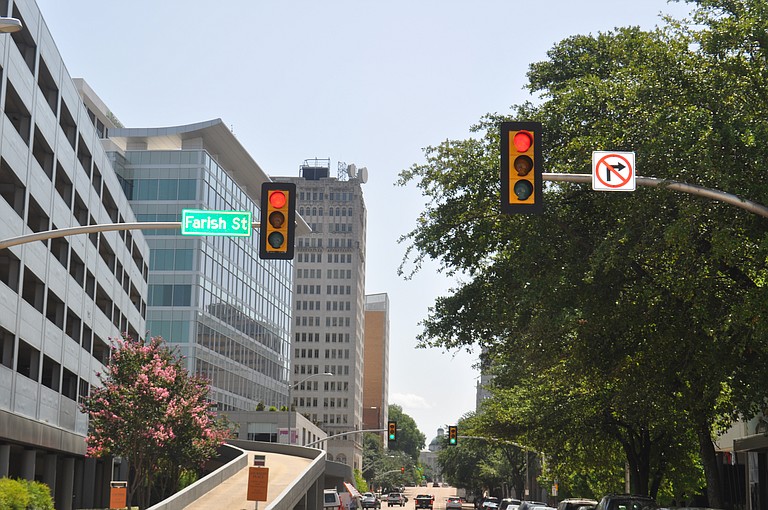 The city is working with Fahrenheit Creative Group to create a new marketing plan to highlight Jackson's positive aspects. Photo by Trip Burns.

The United States Conference of Mayors released the report, “U.S. Metro Economies: Outlook – Gross Metropolitan Product, and Critical Role of Transportation Infrastructure” last month which ranked Jackson as number 89 on its list of top 100 metro economies. The report looked at Gross Metropolitan Product (GMP) as a leading factor in its ranking and Jackson’s GMP was $24.6 billion in 2011.

“We are very pleased to be lauded, once again, for our local economy,” said Mayor Harvey Johnson, Jr. “Over the past several years, the city of Jackson has continued to emerge as a city recognized for its pro-business climate and for our aggressive economic development efforts.”

Since 2009, the value of building permits issued for construction totals more than $600 million. The City has also issued nearly 4,000 business licenses since that time.

In 2011, the U.S. Conference of Mayor’s also recognized Mayor Johnson’s Small Business Development and Storefront Improvement Grant programs as best practices. The City has issued nearly $800,000 in grant dollars sine 2009 to support small businesses. It is estimated that these grant dollars also created or retained well over 700 jobs in the Capital City.

Jackson has also been recognized in recent years by the following regional and national media outlets, publications and organizations:

• One of the American Cities Beating the Recession – The Huffington Post

• One of the Top 100 Places to Live in America – RelocateAmerica.com