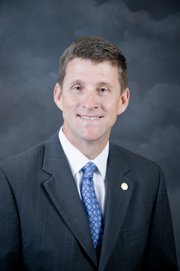 Eight public Mississippi universities will be cutting energy costs with a grant from the Department of Energy.

The grant is designed to create an "energy efficient retrofit strategy for the institutions of higher learning in the state. The Department believes that the grant will reduce energy consumption in Mississippi public universities by at least 20 percent by the year 2020," said the Mississippi Development Authority in a July 25 statement.

The U.S. Department of Energy is granting Mississippi $725,000 that will be divided among the eight universities. MDA's Energy and Research division along with the Mississippi Department of Finance and Administration's Bureau Building applied for the grant on the behalf of the state.

The Tennessee Valley Authority, an electric company that services 36 counties in Mississippi, is adding $150,000 to the grant over a three-year period to the public universities in its service area. Those schools are the Mississippi University for Women, University of Mississippi, and Mississippi State.

"I am pleased Mississippi has been awarded these funds to help you IHL facilities become more energy efficient," said Gov. Phil Bryant in a statement. "Reducing energy spending in our state's public facilities is important to me, as it will save significant tax dollars while helping us move toward being a more energy-efficient state"

"This is a great example of collaborative efforts of universities, government and business that will advance Mississippi and create a brighter future for Mississippians," Commissioner of Higher Education Dr. Hank Bounds added to the governor's statement.

The state is also planning to pass along the ideas from the universities to state and local buildings to improve energy efficiency in those areas.

Mississippi is not the only state that will receive money from the Department of Energy. The department is spending $7.9 million across 13 states to help cut energy costs. Mississippi, however, received the most money from the grant.

Caron Blanton from the Mississippi Institutions of Higher Learning told the Jackson Free Press that the grant would "free up the money that would go to (the cost of energy) and could be used for other needs." She added that they grant would allow "the universities to make the buildings more energy efficient and more comfortable for the students." Blanton gave no specifics on how the funds will be used are available, yet.