Screw U: A Higher Ed Bubble? 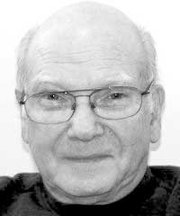 In economics, a bubble is something that trades at prices far beyond its intrinsic value. Fasten your seat belt: the next bubble may be higher education.

The $1 trillion of student debt is clearly a bubble—one that could wreak as much havoc as the housing bubble. For-profit colleges are a bubble; in fact, even greed-satiated Wall Street has figured that out, sending the stocks of these so-called schools plummeting. Big-time college athletics is a bubble, and the Penn State disgrace is awakening the public to it.

But there is an even bigger question: Is higher education itself a bubble? "Research is now challenging the economic value of a college degree," says New Jersey–based economist A. Gary Shilling. While college grads still do much better economically than those who only make it through high school, today's high tuition and excessive debt, combined with lost wages while attending school, make a degree less desirable, he says. In short, the notions we have long held dear are looking like a bubble that is being pierced.

"Going to college does not make one smart and ready for a good, well-paying job," says Shilling. There is a statistical relationship between going to college and financial success, but there is not a causal relationship. "Bright people would be successful without college," as in the old days.

Four years ago, 81 percent of adults thought a college degree was a good investment. That has dropped to 57 percent, according to Rasmussen Reports.

Let's take these bubbles one by one. Credit card, mortgage, and home-equity debt dropped sharply in the past four years, but student debt continued to balloon. Now the average student who graduates with a student loan has a debt load of $23,000 to $27,000. The Consumer Financial Protection Bureau and United States Department of Education recently released a report criticizing lax loan standards by private lenders. "As the industry rapidly grew, the quality of the loans declined," says an official of the bureau. He sees "big parallels to the housing market."

The biggest offender is the for-profit college sector, which accounts for 12 percent of students but 46 percent of loan defaults. These companies get 85 percent or more of their revenue from federal loans and grants to students. But the education quality is often dismal, the dropout rate stunningly high, and the costs excessive. Stock of San Diego's Bridgepoint Education lost most of its value after one accreditation group thumbed it down and another issued a warning. Without accreditation, the company is doomed. The stock was as high as $27.26 this past year. Last week, it was trading at $8.41.

College athletics is a colossal bubble. Penn State's cover-up of a coach's pedophilia makes the point. Preserving the university's football reputation was more important than stopping the sexual violation of young boys. In 2010, the university had $72.7 million in football revenues and netted $53.2 million. But the National Collegiate Athletic Association says that 43 percent of 120 major schools lose money on football. Penn State will likely become one of the money losers.

Conservative columnist George Will, although an athletics nut, says that when sports is grafted onto education, there is a "bubble of entitlements" and eventually "moral derangement." Some say universities should spin off football and basketball into separate entities; the teams might be affiliated with the university, but players would be relieved of the burden of attending class.

For-profit colleges have dismal dropout rates, but public institutions aren't doing so hot, either. In 2008–2009, a stunning 84 percent of Bridgepoint students in a two-year program dropped out before completing the first year, and 63 percent of those seeking four-year degrees left within a year. Shilling quotes data that 65 percent of those who start community college haven't earned a degree six years later. The same is true of 56 percent of those enrolling in four-year schools.

Says Shilling, "Only 49 percent of graduates from the classes of 2009 to 2011 found jobs within their first year out of school, compared with 73 percent who graduated three years earlier." Inflation-adjusted wages for male college grads 23 to 29 dropped 11 percent in the last decade to $21.68 an hour. Women were down 7.6 percent to $18.80.

High tuition and board, and staggering interest costs, make a college education less valuable, says Shilling. College Board data shows that a student entering college in 2010 at age 18, and piling up debt, takes until age 33 to break even.

The National Association of Colleges and Employers reports that there is demand for engineering, business, accounting, and computer science graduates but little for social sciences, humanities, and education grads.

Shilling laments the "dumbing down" of college curricula —a result of pressures to open universities to more students. He believes that high school students with high Iqs, grades, and test scores should be encouraged to go to four-year colleges, while those in the middle should be directed to community colleges. Those doing well there may go on to four-year schools, and others should be directed to vocational training.

Thus, the bubble might slowly deflate, instead of bursting with a sis ... boom ... bah!

This piece originally appeared in the San Diego Reader.