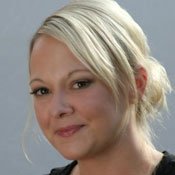 I drive past the abortion clinic on State Street daily. Or rather, I drive past the Jackson Women's Health Center office on State Street daily. Because that's what it is: a medical office. Depending on the day, there might be young teens with their mouths marred by masking tape, Roy McMillan with his fetus pictures or young adults standing under umbrellas reading their Bibles. Black and flimsy torn tarps cover the barred fence around the clinic's entrance.

The clinic is only open and performs abortions on certain days. I've seen the protesters on the days I know the clinic is closed and I wonder if they feel as if they've "wasted their chance." I imagine they feel quite high and self-righteous when they show up on a day they get to harass women entering the clinic—the strength of Jesus flowing heavily through their veins as they condemn another human in crisis.

I haven't walked the sidewalk around that building in 10 years. I'll always remember the day I did, though. It was prefaced by a morning when a much younger me awoke to discover that my birth-control choice the previous evening had failed.

This younger me was faced with making a pretty heavy decision about what needed to happen next to ensure I could finish my master's degree without having to make that "I'm pregnant" phone call to my family and friends. Because you really don't want to make that phone call in Mississippi—just trust me.

Even now, I can't adequately describe my feelings. I felt completely out of control of my body—betrayed even. "Please, please, please," I heard in my head over and over as I tried to contact my regular OB/GYN. Emergency contraception existed at that time, and I was educated enough to know about it. It wasn't quite as politicized, then, and I understood it was simply one month's pack of birth-control pills with different instructions concerning administration.

On that day I found out—to my horror—that my OB did not write prescriptions on weekends. I knew about the JWHO, but knew very little about its operations. I had never had the need for an abortion. At the time, I was a non-political 24-year-old with a penchant for Norah Jones and the customary middle-class delusion that nothing bad would ever touch me. Other than being fairly certain after a women's studies class in college that I was pro-choice, I had not investigated those beliefs further. I just knew that in this instance, I wanted nothing but to make sure I didn't get pregnant.

So, I picked up the phone book and called the clinic. After more than a few rings, someone finally answered the line. I shamefully told the woman my circumstances and then sat, praying as hard as I ever remember praying, while the phone delivered nothing but the faint silence of someone making a decision.

"We're only open two hours today, and I was about to lock up," she said. "But, if you can come right now, I'll wait for you and get a prescription for your emergency contraception."

I breathed. I told her, joyfully almost, that I was "on my way, and I drive really, really fast." I then dropped everything and raced to the clinic. I had no idea what to expect. But as I pulled up, I was pleasantly surprised by the deserted sidewalk and parking lot. I guessed then that due to the limited hours of operation on the weekends, protesters didn't see it as a good use of their time. I was simply grateful.

"Just let me finish this without feeling worse," I thought.

I walked haltingly up that deserted sidewalk to the door and pulled the handle. It was locked. My heart sank. I thought she'd left. Determined, I softly knocked and saw a smiling woman wearing scrubs walk around the front desk with a key on a chain. She turned the lock on the door, smiled and said, "Hi! Are you the girl that just called?" I informed her that I was. She picked up a white sack on the desk and said, "You are lucky! I caught the doctor."

I couldn't work my lips fast enough to say all the thank yous I wanted to say to her—to them. So, I said it once. I then paid her $30, and she walked me out the door with that same smile.

She locked it behind me to protect herself from whatever might be waiting outside, because she never knows if it's just going to be a girl that desperately needs some help, or a protester intent on causing her harm. But, she opens the door anyway. And they keep opening the door.

Seven days later when I finally got my period, I'm pretty sure the staff at the restaurant where it happened thought I won the lottery in the bathroom. They had no idea how close they were. I didn't win the lottery; I won a different life. I won a life of my choosing.

I want to make sure that when another girl like me is standing outside that door, knocking and praying, that a woman is always waiting to round that desk, turn the lock in the door and let her in.

Because that day, just by opening the door, she saved my life.

Lori Gregory-Garrott, LMSW, works with kids in crisis and their families. Some days, she writes and bakes horrible cupcakes. She lives in Fondren and thinks it's awesome. Like everyone should.

I started going there because my pro life obgyn refused me birth control and I couldn't afford the new patient prices at anyone else. I went there for a number of years and it started making me mad that the exact same protesters would holler at me like they didn't see me from the year before; I started bitching back. I told the one lady I always saw there, "Are you that stupid and inhuman that you don't really see the women who go in here? Do you honestly think I come here every year at the exact same time for an abortion? Or are you so self righteous and blind you can't recall all the people you scream at?" They make me angry. They think they can take your license plate number to intimidate you or touch your car without repercussions. They think they have the right to get in your face. They don't and I'm angry they are allowed to do so but I know when I deck one of them for touching my arm as I pass that it will be me who is carted off to jail, not them. I'm angry at everyone who tolerates their presence. They are the reason I have to, as poor as I am, take risks and spend more because my blood pressure literally rises 30 points when they come at me and the nurse can't get a good reading. Why don't I have the right to personal space? Why don't I have the right to go for a medical procedure without being screamed at? I don't go to their churches and take my ways, and I'm sure if I did the cops would happily drag me away. I hate that the law lets them be there. I hate that the ACLU defends their right to speech. What about my right to go about my business unmolested? Have I no rights? Oh that's right, no I don't because I'm a fat pro choicer feminazi in Mississippi, I am less than human.

I like your story. I wish mine had turned out so well. I wish men whose jobs it was to inform me of things did their jobs. I wish people's religious beliefs were not more important than my life. I hope we can keep the clinic open for our daughters.

You're so right! It is harassment pure and simple. I never felt so judged by people I had never spoken to as the day I went to a PP in Indiana that performed abortions for a pregnancy test. They didn't know what I was there for and it shouldn't have mattered. Women should be able to go to a DOCTOR'S OFFICE without being harassed by anyone especially strangers.
It leaves a bad taste in my mouth as a member of the ACLU that in order to insure my right to protest them I have to fight for their right to speech too. What offends me much more is the fact that the FACE act is not really being upheld and enforced.