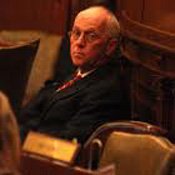 The seersucker was on full display this weekend as state lawmakers completed most of the heavy lifting on a $5.6-billion state budget for the next fiscal year starting in July 2012.

For the most part, legislators remained cool as they approved funding for state agencies most people have never heard of through more than 100 appropriation bills that will comprise the spending plan for the 2013 fiscal year.

Highlights of the Senate's Saturday session included appropriation bills to increase student financial aid by 10 percent over 2012 and set the Department of Corrections budget at $311.7 million, which is level with the current budget year. Also, Senators voted to create more jobs in the state's Department of Revenue, which would receive a $2.5-million dollar increase to hire more auditors, accountants and customer service agents to step up tax-collection efforts.

The Mississippi Department of Mental Health will receive $25 million less than in 2012. This includes $20 million for community mental-health facilities transferred to the Medicaid budget.

Meanwhile, the House went another few rounds over a proposal to increase tax credits for businesses that pay inventory tax. The credit would allow businesses that pay an inventory tax to local governments to recoup that money from the state through tax credits. House Appropriations Committee Chairman Rep. Jeff Smith, R-Columbus, said the tax break would cost the state up to $30 million a year once fully implemented, down from $119 million in earlier estimates.

Rep. Cecil Brown, D-Jackson, said the bill lets large retailers like Walmart move inventory to warehouses near their stores to claim a bigger tax credit and asked if the Department of Revenue should develop rules to keep companies from doing so. Smith responded that the tax bill did not prevent businesses from being "rascals" and circumventing the law.

Lawmakers came back Monday morning to take up the controversial workers' compensation bill. The measure will make changes to the state's system of paying people who are injured at work by requiring employees to prove they weren't working drunk or high on drugs.

A previous version of the bill removed the longstanding "found presumption" in the state's workers' comp law that holds that workers found dead on the job are presumed to have died in the course of doing their jobs. The final bill, which passed 63-56, restored the found dead presumption.

Responding to House member complaints that the chamber had made too many concessions to the Senate, Smith delivered a short but impassioned speech saying the House would draw the line at the bond bill to pay for infrastructure improvements around the state. The House wants to issue about $400 million in bonds while the Senate wants to spend about a third of that amount, $120 million.

Lawmakers have until this afternoon to vote on negotiated versions of bills. The possibility exists that Gov. Phil Bryant will convene a special session to address the bond bill, charter schools and immigration.