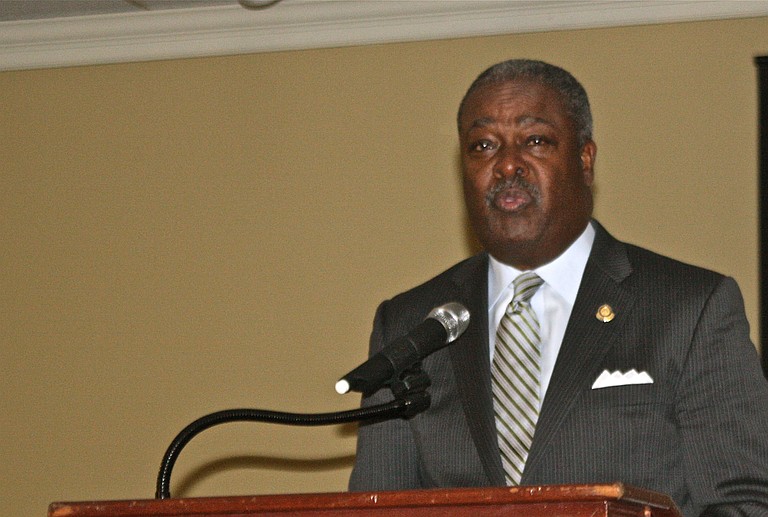 Mayor Harvey Johnson Jr. met with the JRA last week. He wants the city to be involved earlier in development plans. Jacob Fuller

Mayor Harvey Johnson Jr. wants the city to be more involved in the early planning stages of development projects that go before the Jackson Redevelopment Authority seeking public funding.

The mayor met with JRA board members last week and conveyed that he wants them to work with the city's Economic Development Department on plans that would require city-backed bonds or tax incentives. Chris Mims, Johnson's director of communications, said the meeting was a result of a large number of developers going to the JRA in recent months requesting various public incentives.

Traditionally, the JRA uses public-private partnerships to help fund projects, but with private lending institutions limiting the funds they are willing to lend in today's economic climate, more developers are approaching the JRA for city-backed funding incentives.

"We do have a limited bonding capacity," Mims said. "We need to be smart about what developments we can potentially go forward with."

That means the Economic Development Department needs to be involved earlier in the process of evaluating the feasibility of funding projects, Mims said.

The city already has about $75 million in outstanding issued debt and has about $100 million left that can be issued, JRA board member John Reeves said.

"If we approved the hotel project over here at the Convention Center, and it was all public debt, that would just about wipe out the city's ability to issue bonds," Reeves said.

According to state code 43-35-31, which lays out the powers of a municipality's urban renewal agency, the JRA does not have the power to approve urban-renewal plans or modifications or the power to issue general-obligation bonds.

Because the decision to issue bonds or tax incentives ultimately lies with the mayor and City Council anyway, the mayor is just asking that they be more involved in the process from the start, Reeves said.

"We can like 'project X' all day long and the City Council can say, 'Nope, we're not going to do it,' or (the mayor) can so no. He can veto it. So in the final analysis, you need them on board anyway," Reeves said.

JRA attorney Zach Taylor said he doesn't believe the board has done anything illegal in their previous actions and Johnson is not claiming they have.

It was unclear to JRA board members and Mims from the meeting if Johnson is planning to implement a new official policy or ordinance to get the Economic Development Department more involved.

JRA chairman Ronnie C. Crudup said that the JRA should continue working on its long-term goals and planning until the city presents them with a proposed policy change, because they do not know when that policy change might come.