[Walker] Politics Through My Eyes 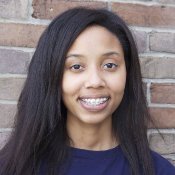 In the space of one week, I witnessed at least five arguments, three temper tantrums and random bouts of cheering. No, I was not at a football or basketball game. I was at the Mississippi Capitol, serving as a Senate page.

I was extremely excited when I found out that I had been accepted to serve as a Senate page. One of my favorite films, "Mr. Smith Goes to Washington," is set in the U.S. Senate. The senators in this film are distinguished and professional. Everyone is sophisticated, and the awkward Mr. Smith is extremely out of place. I expected our Senate and senators to be similar to those in the movie, but I was way off.

Serving as a Senate page, I got a firsthand look at the functioning of our state Senate. This is a historic year for the Mississippi Legislature. This is the first year since Reconstruction that both the House of Representatives and the Senate have a Republican majority—and this is quite obvious if you sit in the Senate chamber and watch the debates. Most of the Republican senators have a smug demeanor while debating because they're sure their bills will pass, no matter how much of a fight the Democrats put up.

Sen. Kelvin Butler, a Democrat from McComb, appeared to take up time making jokes during the debates. This may have been his way of slowing down the process in an attempt to prevent some bills from getting passed. It seems to me that this was the only way the Democrats could stop legislation.

The week that I paged, March 12-16, the senators were on a time crunch. They had to get all of the bills in their house passed by Thursday, March 15, or the bills would automatically die. Butler wasn't the only senator who made jokes. Sen. Kenneth Jones, D-Canton, and Sen. Will Longwitz, R-Madison, are just a few of the senators who had their share of jokes to make, although Sen. Longwitz and other Republicans more than likely weren't trying to stall the process.

Instead of necessarily doing what was best for the state, the senators tended to vote along party lines. I noticed that many of the bills that did pass appeared to only help the rich or businesses, but not the poor or middle-class Mississippians. For instance, Senate Bill 2576 seeks to change the workers' compensation laws of this State. The changes are more favorable to the employer than to the employee. When many of the senators speak of how they represent "The People," they should be clearer and say that they represent "The People with Money."

Now, I know I'm generalizing here. Not every senator cares more for business and the rich and having power and money than the people he represents. For instance, Sen. Hob Bryan, a Democrat from Amory, fought vehemently against Senate Bill 2380, which made it legal to fire without any reason state employees who are under the purview of the Mississippi State Personnel Board. I, like many of the other pages, was very moved by Sen. Bryan's speech, but evidently the other senators were not so moved, and the bill passed the Senate.

At first glance or first listen, all the bills seem like good ideas. The senators glamorize the high points and neglect to inform the public of the low points. It isn't until you start to listen—really listen—to the bills that you realize how bad of an idea some of them are.

Take the workers' compensation bill. On its face, it seems very reasonable. The legislation purports to make the system fair for both the employee and the employer. However, it is not.

Currently, employees in this state who are covered by workers' compensation must accept that compensation as their remedy when they are injured on the job. Under state law, they cannot sue outright, but must accept a certain percentage of their wages as compensation. They do not have to prove the injury was work related; it is presumed that it is.

If Senate Bill 2576 becomes a law, the employee still will not be able to sue the employer and still must accept a set percentage of his or her salary as compensation. But in addition to all this, they must also prove that the injury is work related. This is not fair to the employee.

I love Mississippi. I love the people, I love that Mississippi scenery, I love everything that makes our state special—the good and the bad; it gives Mississippi character. But if we don't do something to change the way our government is currently being run, I am afraid for Mississippi's future. My future.

Would I like to page again? You bet I would.

Adria Walker is a ninth grader at Murrah High School. She is an aspiring writer and an intern at the Jackson Free Press.