Colonel Reb and His Cousin, R.I.P. 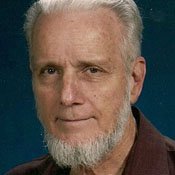 I spent two days on campus at Oxford last fall when some heated talk surfaced about bringing back Colonel Reb, the former Ole Miss mascot, through a petition to the Legislature. When PBS aired a program about the Confederate symbols and songs controversy, it seemed like time to tell my story.

To my knowledge, no one has revealed the direct connection in the 1940s between Ole Miss and my alma mater, F. T. Nicholls High School in New Orleans' Upper 9th Ward. Gen. Francis Tillou Nicholls was a Civil War hero. He returned from the war, minus an arm and a foot, to become governor of Louisiana and, later, state Supreme Court chief justice.

The students at my school were the "Nicholls Rebels." Our newspaper was The Rebel Yell. The mascot was a cartoon figure--a feisty old rebel in combat uniform, smoking a corncob pipe, and holding the Confederate flag in one hand and a sword in the other. In 1951, I led a school jazz band called "The Rhythm Rebels" and was a drummer in the marching band that drew cheers whenever we played "Dixie" at parades. I was kind of naive. I believed the revelers were cheering because they liked our school.

The link with Ole Miss grew from our unique band uniforms. They were way cool, we thought. Unlike our rivals' band uniforms that had long coats and tall fuzzy hats like guards at Buckingham Palace, we had gray Eisenhower jackets that came down to the waist. We wore Rebel hats. The trousers and skirts were white.

I had great respect for our gentle, avuncular band director, trumpeter Charlie Wagner. He would tell wonderful stories about the early years when he played in Chicago across the street from the legendary cornetist Bix Beiderbecke.

One day in 1952, Wagner was reflecting on a sub rosa offer from Ole Miss during the 1940s. The university would buy different uniforms for the Nicholls band and give other perks if the school would give up all its Confederacy symbols. Then, Ole Miss would have a corner on the heady imagery of the South in the Civil War.

The quiet offer was tempting, but the administration felt it had the odor of a bribe and declined it. I was glad to hear about the decision, but not because of an attachment to the antebellum South. It was clear to me that the North should have whooped the South in that terrible bloodbath. I was glad to be a "Rebel" because the Ike jackets were classy, and they didn't hide the girls' figures.

But the mascot story continued, with a twist that parallels the Ole Miss controversy. A few years after the city's 1960 school integration crisis, the black students understandably proposed a change in the Nicholls "Rebels" tag. By a schoolwide vote, the name became "the Nicholls Bobcats." The flaunting of "Dixie" was changed, too, and the venerable codger in the logo was retired.

Some students and alumni were incensed. You can't rewrite history, they said, and, boo-hoo, years of precious tradition would be lost. Some even saw an insidious hidden message: The bobcat is related to the panther, as in the notorious Black Panthers, an insult to the white students. I suspect that a "black bears" mascot would have triggered equal paranoia.

I wrote a letter in praise of the change to the local paper, speaking both as a former student and teacher. I tweaked the protesters by pointing out that "March of the Bobcats" was a classical jazz recording by Bob Crosby's Bobcats, an all-white band that included great New Orleans jazzmen. The subtext, which I offer also to diehard Ole Miss Rebels, was this: Grow up.

After years of white flight to the suburbs, Nicholls was renamed Frederick Douglass High --another blow to some of the alumni. Fine by me. Douglass was, after all, a national treasure and decidedly on the moral high ground of history. After Hurricane Katrina, the controversy unraveled completely. Douglass High was renamed KIPP Renaissance School, part of a chain of KIPP (Knowledge is Power Program) charter schools. The building is the setting for the high school band in HBO's "Treme" series.

Somehow, I've survived all this and will be attending the 60th reunion of the Nicholls class of '52 this summer. There will be some talk about the loss of symbols, but I hope we all know that it's the people and the experiences that count. The rest is futile nostalgia.

Charles Suhor taught English and was English supervisor in New Orleans Public Schools. Later he was deputy director of the National Council of Teachers of English in Urbana, Ill.. He had a parallel career as a jazz musician, critic and historian. Now retired, he lives in Montgomery, Ala.