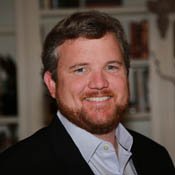 The gray, roiling clouds that hung over the westbound lane of Interstate 20 were nothing short of a premonition.

"What am I doing?" I thought to myself. "I should be at the office. I should be meeting my wife for lunch." But selfishly, and like a man possessed, I pushed onward as if being hurled down the interstate by some nameless and immeasurable force.

I turned the radio dial to the statewide talk-radio station. The topic was, of course, charter schools. It was quite the circus. Accusations, name-calling, lies and insults were directed at the professional educators of Mississippi's public schools.

The host enlightened his audience with descriptions of public school districts as "fiefdoms," each of which is its own "evil empire ... ruled by a Superintendent" from "the dark side" and "with an iron fist." They even had the theme from "Star Wars" playing in the background.

As a public-school parent who has worked hard to develop the type of strong, community-member and Superintendent relationship essential to the success of all children, I was not amused. And, as the radio host's litany of falsehoods continued and the Mississippi sky darkened the land around me, my anger rose.

Later, as I rolled into Jackson and took the State Street exit off Interstate 55 to the capitol, I heard a proponent of charters on the program. At first he made the usual arguments: "parent choice," "reform," etc. It was the standard line that I've heard and read repeatedly in recent weeks, only to discover that study after study shows that charter schools essentially operate under the tried and failed philosophy of "separate but equal."

But then he said something different: "I'm not going to send my grand kids or kids to one of these inferior schools."

Not failing, not low performing—"inferior."

I dialed the call-in number.

"I'd like to ask the gentleman a question. A moment ago he used the phrase 'inferior school.' I'd like to know if he would be willing to go to one of these schools, look the teachers and the kids in their faces and tell them that they are 'inferior.'"

And as I hung up, he responded, "Yes. I absolutely would."

Shock turned into a cold acceptance of reality.

At the Capitol, I parked my truck in view of the graceful facade of First Baptist Church. The church reminded me of just how far we've strayed from the Gospel of Jesus Christ. Jesus told his disciples that the kingdom of God was found in children. Therefore, to refer to our public schools—schools that consist mostly of children, not adults—as "inferior" or "failing" is to stray from the Gospel.

The program had renewed my awareness of the widespread misconceptions of American public education that are partially due to a misguided system of accountability labels. But largely, they are due to what former Mississippi Gov. William Winter called "the fault lines of race and class and educational and financial disparity" that exist in our communities.

I was early and there wasn't much of a crowd, but when the start time of the committee meeting in room 204 drew near, between 50 and 75 people were in the hallway. A good portion were superintendents from across the state. They don't support the idea of non-district, autonomous charter schools that are self-governed and funded from the same pool of tax dollars that districts rely on for everything from hiring qualified teachers to adopting state-of-the-art curriculums to guaranteeing that little Johnny will have a computer in his classroom so that he can learn how to create a spreadsheet.

These educators knew that charter schools have a proven record of skimming the best and brightest students away from district schools while enrolling a significantly lower percentage of special-needs and at-risk students than their district counterparts, according to a recent study done by Western Michigan University. The result is "successful" test scores and showers of praise, while the districts are left with less money to educate the kids who the charter schools won't take.

They opened the doors around 1 p.m. and only allowed 10 people into the meeting room.

Twenty minutes later, the doors opened again. The charter-school bill had officially died by a margin of one vote, 16-15.

Loud applause and emotional shouts of joy rang throughout the hall. One superintendent shouted "Glory!"—perhaps relieved at being able to return to the business of educating children in the unified, traditional model that works when communities make it work and, yes, fails when communities allow it to fail.

I called my good superintendent friend back home to tell him that it was over, but as I hung up the phone, five words flashed across the screen in a text message from a friend: "Governor to consider special session."

Drained and dazed, I walked out of the capitol and headed back home.

So, here we are. Back to square one in the fight to save Thomas Jefferson's quintessentially American idea of a "... system of general instruction, which shall reach every description of our citizens ..."

Except now, like the churning cumulus of a Deep South storm cell or the thunderous vitriol of an anti-public school radio host, it has escalated into a full-scale war.

This story originally appeared on the author's blog The Public School Warrior at http://mississippi123.wordpress.com.