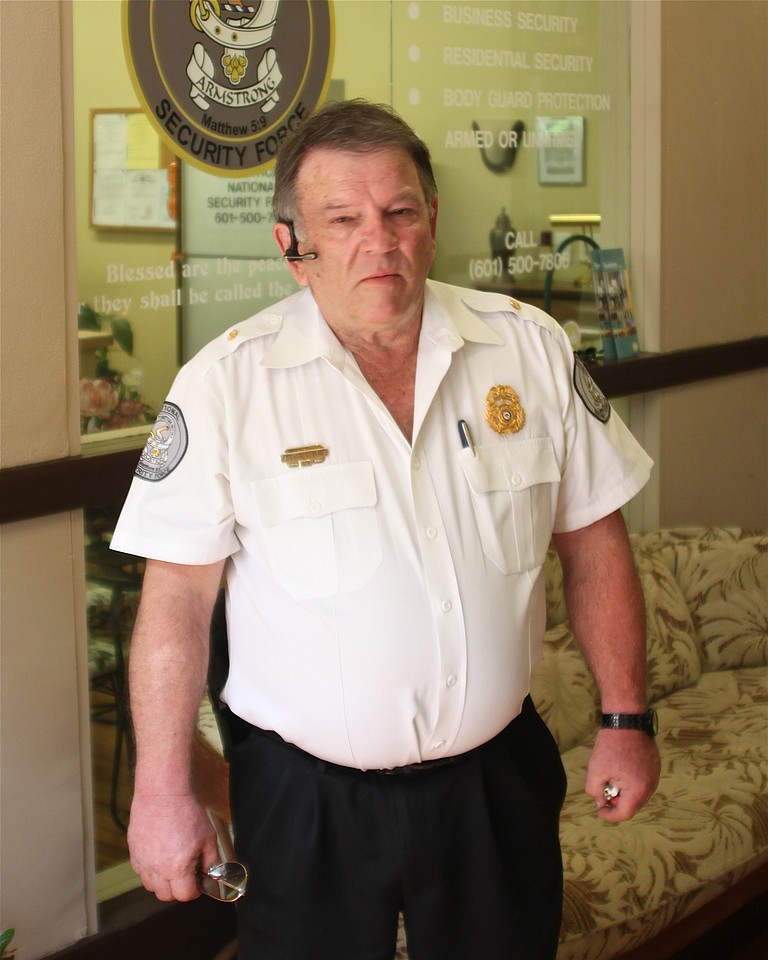 Michael Byrd and his family moved to the Philippines after he became disabled and retired from his career as a nuclear engineer in 2008. Shortly after, Byrd and his wife were in a car wreck, and she needed surgery.

In the Philippines, hospitals require upfront payment, so Byrd exhausted his retirement savings to pay for the surgery. Now in need of work, Byrd returned alone to the U.S. with only $100 to his name.

He soon found work as a security officer and discovered he enjoyed the job. So Byrd decided to start his own company, Armstrong National Security Force, out of his home in Crystal Springs. He spent the first six months researching and writing a training manual for future employees while pressure washing houses for cash.

"I started off with one Waffle House," Byrd said. "It's grown. There's almost 40 men now."

Byrd recently opened a new headquarters for Armstrong Security in Duling Hall at 622 Duling Avenue in Fondren. He said he fell in love with Fondren when working events in the neighborhood. Fondren Association of Businesses president David Waugh and Peters Real Estate owner Mike Peters helped Byrd find the office in Duling Hall.

The capital city has the biggest market for security in the state, Byrd said, despite a recent reduction in crime. He plans to move his family to the area when they return from the Philippines this summer.

"Jackson has cleaned up a lot in the last year," Byrd said. "It has really settled down.

Armstrong Security's force provides security to several Waffle Houses and Hardee's, as well as events like Fondren After Five and Riverfest in Vicksburg. They also provide security patrol for the Sheffield subdivision in Jackson.

Byrd said he does an extensive background check before hiring any potential employees. Armstrong Security officers, who carry firearms unless requested otherwise by clients, must also receive a security-guard gun permit from the Mississippi Highway Patrol.

Most of Armstrong Security's officers have other jobs, many as police officers and sheriff's deputies. That connection with law enforcement helps when Armstrong officers witness crimes.

"We're totally submissive to local law enforcement," Byrd said. "The first thing that occurs in an incident is (we) contact the police."

Byrd recalled a shooting at the Waffle House on McDowell Road last year. As the shooter was leaving the scene, he tripped and fell. The Armstrong Security officer on the scene, who was headed to the bathroom as the shooter entered the restaurant, detained the suspect and called the Jackson police dispatch. He then called Byrd, who also called dispatch.

"The next thing I am going to do (in a situation like that) is any guards that I have anywhere in Jackson are fixing to head there," Byrd said. "We actually got there about the time the police did, but he had backup instantly."

Pulling officers from other jobs to assist in life-or-death situations is something that sets Armstrong Security apart from other agencies, Byrd said.
He doesn't take all the credit for his thriving small business, though.

"This whole thing has been a God story, and he needs to be acknowledged," Byrd said.