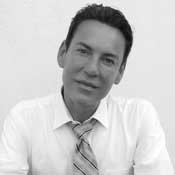 Lately, and not without a good measure of whining, I've been keeping an eye on my diet. My "Fitness Jesus," Terry Sullivan of liveRIGHTnow, has me on the high-protein, low-carb side of the menu these days. I get to enjoy lots of wholesome chicken and fish, while avoiding processed foods and refined sugars. Now that the days have gotten longer, and I've acquired a fancy new grill, the monotony of baked chicken has been kicked up a notch. Evenings spent tossing together a fresh salad and searing tuna on the grill validate the necessity for such an enormous deck.

Now, I don't mind telling you that I've had more than my share of fast food, and I have a love for chili cheese Coney dogs that borders on obsession, but what I crave right now might surprise you.

The other day, I was pushing my steamed chicken and vegetables around my Tupperware when I was blindsided by memories of mother's summer garden and the bounty of nearly meatless meals we'd enjoy. These days, "farm to table" is all the rage. We dine in fancy restaurants and marvel at the freshness of the zipper peas or Ripley tomatoes, seemingly willing to forget that this is how we used to do things. In cinema, it's called willing suspension of disbelief.

"... and, as a side, we have fresh squash, tomato and Vidalia onion succotash," the server tells us, and we all swoon as if we thought veggies came from the freezer section at the supermarket.

Ole Frank, my grandmother's gardener had a rule: "Plant butter beans on Good Friday," he'd say, so we always did. The week before Easter, I'd step off the bus to discover my father had plowed up two acres in the cotton field next to the big house. There, all summer long, I'd help tend to mother's beans, squash, tomatoes and peas. I also ran across more snakes than I care to remember. You've not seen a barefoot Delta boy run down a gravel road like I could.

As I recall, we didn't eat out much during the summer months. A typical weeknight would include big pots of butter beans, snap peas and okra, boiled potatoes, and fresh sliced tomatoes and yellow onions. Of course, the old cast-iron skillet would render mother's cornbread—moist on the inside, crunchy on the outside and never made with sugar. I recently was successful at seasoning a "pre-seasoned" skillet, and I make my cornbread mother's way.

On the weekend, we might enjoy barbecued chicken from the grill with our vegetables, and on Sunday, we had the usual roast. Of course, we ate catfish—lots of catfish—but the produce from our garden always held more importance. I suppose it was the hours I spent weeding or tilling the soil. I put in even more time dedicated to the harvest, and that was all before the tedious job of hulling beans and peas.

I can recall, on several occasions, my father sliding our big square coffee table to the corner of the den, rolling up the hunter-green area rug, then hauling in bushels of purple hull peas and butter beans with a wheel barrow. We'd all work until our thumbs were sore, while watching the big television set. Many a Saturday evening was spent watching "Fantasy Island" and "The Love Boat" while we slowly worked our way through the mounds of peas or butter beans.

The next morning, all lined up on a church pew, we'd fumble through the hymnals, our thumbs purple from hulling.

I think it gave us all a greater appreciation for the dinners we ate at Greenville's How Joy Restaurant or Lusco's in Greenwood. Mother would beam as Mr. Wong, owner of that long-closed Chinese restaurant, would dote on us kids, telling her that he'd never seen such well-behaved children.

On the subject of our manners, Mother would say, "Honey, I could take you to the White House to eat—all of you, at one time, all by myself." I admit that it gave me great pleasure to make my parents proud by "sitting up straight" and quietly stirring the lemon into my sweet tea. I fell asleep in the back of our Thunderbird more times than I can recall on the drive back from Greenville, my belly full of shrimp curry and fried wontons.

These memories, as precious as they are to me, don't inspire a garden of my own, though. Sure, I could carve out a small garden in the back yard. I could also wear a wide brimmed straw hat while tying butter bean vines to the trailing wire, but one bad tomato or puny squash would ruin it all for me, and let's be honest, I'm really not the gardening type. My time is better spent at the cutting board or in front of the stove, not out back with my hands in the dirt.

These days, a trip to a farmers market makes it easy to cook like Mother, while avoiding any snakes that might wander up from Eubanks Creek. You see, if I happened upon a snake in my garden, let alone my backyard, I'd never step foot in it again. For the rest of my life there would be no end to the re-telling of how I managed to survive an anaconda attack while attempting to harvest my heirloom tomatoes.

Eddie Outlaw is co-owner of the William Wallace Salon in Fondren and spends most of his time trying not to embarrass his sweet Delta mother on http://www.eddieoutlaw.com.

For more mouth-watering treats and tasty eats, chow down over at our Food Blog and the JFP Bite Club Facebook page, and follow the aroma on Twitter. Be sure to bring your appetite!