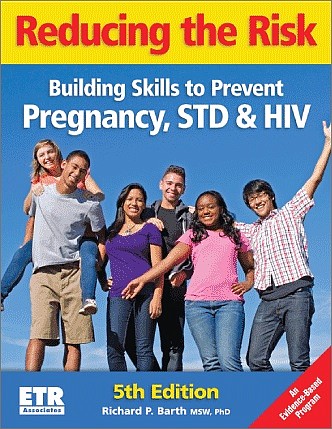 Mississippi school districts that want to adopt abstinence-plus sex-education programs now have more options--and the federal grant money that comes with them.

"We're very excited about that," Sanford Johnson, deputy director of Mississippi First--an organization dedicated to getting average Mississippians more involved in the democratic process and getting public leaders to support good policies--said. "Those are two evidence-based curricula that have been proven to reduce teen birth and STD rates."

Recently, the State Department of Education's Office of Healthy Schools oversaw a task force that approved two abstinence-plus sex education programs for school districts to choose from. Draw the Line/Respect the Line is a program for grades 6-8, and Reducing the Risk is a program for high-school students.

Johnson said districts can begin using either one of those policies at no cost, thanks to a federal grant program. Mississippi First has been encouraging school districts to adopt abstinence-plus sex-education policies and has been working with vendors to get evidence-based sex-education curricula approved.

Under the law, the requirements for abstinence-only and abstinence-plus programs are almost exactly the same. Neither policy allows schools to show students how to use condoms--something that most comprehensive sex-education programs include.

To get Reducing the Risk approved, Johnson said the vendors replaced a condom demonstration with a lecture. He hopes to make similar modifications to other sex-education curricula and get more programs authorized.

"It goes back to that balance that we've been trying to deal with for the past couple of months--making sure we can make adaptations that will allow them to go through ... while maintaining the fidelity of the programs," he said.

The Jackson Public Schools have not yet announced which sex-education policy they will adopt.

For more information on House Bill 999 and a list of approved resources, visit healthyschoolsms.org.

A fine example of another Damaging Policy for Mississippi kids and our economy enacted by our legislators. Even allowing "Abstinence Only" courses is harmful. That is not Education, that is Religious Indoctrination.