Running for Their Lives 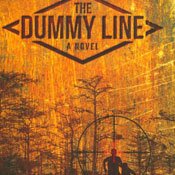 With his first book, Mississippian Bobby Cole delivers a fast-paced thriller that pits a man and his daughter against a group of truly sadistic thugs in a night-long wilderness chase.

The strength of the book comes from Cole's background in hunting and the outdoors. While he may not set a scene with the same detail as Ernest Hemingway or Stephen King, his intimacy with nature easily shines through his words.

Likewise, this same knowledge provides a comfortable setting in which the author has little trouble moving along a story that is sometimes complicated and bogged down by multiple points of view and a crowded field of characters.

"The Dummy Line" (AmazonEncore, 2011, $14.95) revolves around Jake Crosby, a husband and father fascinated by and proud of his 9-year-old daughter's budding love of the outdoors. Jake's wife does not share their enthusiasm, but Jake takes young Katy on a turkey hunt he hopes will provide some father-daughter bonding time.

The story kicks into higher gear with the emergence of a group of thugs, to put it politely, who happen upon the hunting camp and decide it looks like a good place to burgle. Seeing themselves as ruthless career criminals, the gang gets excited when they discover the Crosbys' trailer. What they don't bargain on is Jake fighting back.

What ensues for Jake and Katy is a night-long run for their lives as the criminals chase them in a revenge-fueled tirade.

Jake and Katy rescue another teenage girl from the same group of thugs, all while the hapless authorities flail through the night in a sad attempt to rescue them.

For the most part, this is an excellent read. The plot is tremendous, and Cole does a great job of keeping readers in the moment. This is a testament to the author, because he writes from just about every point of view.

Granted, so many viewpoints can get complicated, especially given Cole's tendency to write in short chapters and switch points of view often. However, Cole handles this fairly well.

The grit and brutality of the book will keep readers moving forward, too. Cole provides his story with "bad guys" who are ruthless, mean and seemingly devoid of any moral fiber. While he could have easily turned them into caricatures, he didn't. Like the other characters, they are well formed and fleshed out.

This is not to say that "The Dummy Line" is without fault. While Cole provides ample background for his characters, sometimes he does it at the expense of the story. Some characters just don't need the exposition. At times, the dialogue is stilted and trite but, again, the action helps move the reader past it. None of that was enough of a distraction to pull me out of the moment.

The only real distraction was the ineptness of the deputies, which bordered on unbelievable, though this is clearly a device to allow for more action. Without the hapless law enforcement, this book would have been short.

Overall, Cole has provided readers with a thrilling novel. I was hesitant when I read the synopsis, because I'm generally not a fan of "killer chases good guy through the woods" stories.

However, "The Dummy Line" worked, and worked well. Between the hard choices of a father determined to save his daughter and the hell-bent low-lives determined to kill them, readers will have little time—or care—to do anything but sit back and enjoy the ride.