Lawmakers Laser in on Finances 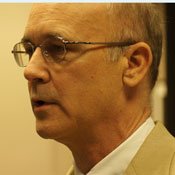 Amory Democrat Hob Bryan declined to call controversial anti-immigration and anti-abortion bills for a vote in the Senate Judiciary B Committee he chairs.

Legislatively speaking, it was a bad week for Mississippi conservatives and the state's top Republican leadership, all of whom were ardent supporters of measures to toughen state immigration laws, limit abortions and establish charter schools.

As the Mississippi House and Senate faced yet another deadline, two high-profile measures—HB 488, which would require officers to check the immigration status of any person they arrest, and HB 1196, which mandates doctors look for a fetal heartbeat before performing an abortion—died in the Senate Judiciary B Committee on Tuesday, April 3.

Talking about the bills before the critical votes were cast, Sen. Hob Bryan, D-Amory, who chairs Jud B, said his test is whether the bills would stand up to constitutional scrutiny.

Although Lt. Gov. Tate Reeves' assignment of HB 488, the immigration bill, and HB 1196, the "heartbeat bill," to Bryan's committee indicated that he wanted to see the bills die, Bryan also suggested Monday that he was personally leaning against both measures.

Talking about the bills at the Stennis Capitol-Press Forum, Bryan said even though he shared the concerns of his fellow lawmakers about undocumented immigrants, he did not believe lawmakers should tell local cops how to do their jobs.

"We would be telling local policemen how to behave when they arrest somebody, and I just don't think that's a proper role for the Legislature," Bryan said Tuesday at the conclusion of the Jud B meeting.

On the "heartbeat" bill, HB 1196, which mandates doctors to look for a fetal heartbeat before performing an abortion—a procedure that could require using an invasive transvaginal ultrasound probe early in pregnancy—Bryan said he had some questions about the bill's constitutionality.

One Victory for Pro-choice Foes
One abortion-related bill, to require abortion doctors to have admitting privileges at a local hospital, passed out of the Senate Public and Welfare Committee Tuesday, however. With no discussion on the bill from Republicans or Democrats, senators sent HB 1390 to the floor for a vote.

Nsombi Lambright, executive director of the Mississippi chapter of the American Civil Liberties Union, said after the vote that she was disappointed that no members of the committee questioned the proposal, which could shutter the state's only abortion clinic, Jackson Women's Health Organization.

Patients at the clinic receive excellent care and also have access to the University of Mississippi Medical Center, Lambright said. "It's very unfortunate that our legislators are not listening to the women of Mississippi who voted down personhood," she said.

Saving More and Living Better
Bryan was hopping mad as he talked about the state's fiscal's woes this week at the Stennis luncheon. The state senator questioned the wisdom of lawmakers who claim the state is too broke to adequately fund education while offering tax breaks that cut into the state's revenue stream.

"The same time we have been pinching pennies, the Finance and Ways and Means Committees have opened the back door to the state treasury, and they're shoveling money out like there's no tomorrow," Bryan said April 2.

Bryan estimates the credits would cost Mississippi taxpayers between $119 million and $133 million per year. Walmart can afford to keep paying the inventory tax easier than Mississippians can, he said.

"You could triple Walmart's inventory tax, and it wouldn't slow them down," he said. He also took exception to a plan to exempt churches from paying sales tax on utility bills. The proposal, HB 582, would affect some 5,000 churches in the state and cost the state's general fund approximately $1 million.

"I've not heard any suggestion anywhere that any church was crying about paying sales tax on its utility bills," Bryan said. "This is some high-profile hot-button issue that some legislators think will do them some good politically."

Workers' Comp Flip
After shooting down its own version of a workers' compensation bill a couple of weeks ago, the Mississippi House reversed course and adopted the Senate's plan, SB 2576.

In mid-March, the House voted against HB 555, which sought to remove the "found dead presumption" that states if a worker is found dead on company property, it's presumed they died from the work they were performing. In addition, the law would force hurt workers to file medical proof of the "direct causal connection" between their injury and their work duties.

The bill would also allow employers to test workers' comp claimants to determine whether the worker was under the influence of drugs or liquor at the time of injury. Democrats have characterized the changes to the state's workers' comp system as unfair to employees.

In supporting the measure, Rep. Mark Formby, R-Picayune, said opponents were attempting to cast "job creators" in a negative light. Formby, who is a real estate agent, added that he and many other House members are employers who treat their workers fairly.

Earlier in March, HB 555 failed 52 to 62 when five Republicans joined Democrats to defeat the measure. Several other Republicans abstained or were not present for the vote.

Of Beer and Biz
A plan to raise beer's alcohol by weight limit in Mississippi from 5 percent to 8 percent that passed the House and the Senate is awaiting the signature of Gov. Phil Bryant.

Several bills that originated in the Senate passed out of the House Ways and Committee and are headed to the floor for votes. Again, on the beer front, a companion to a bill the House passed, SB 2600, would allow beer breweries such as Lazy Magnolia Brewing Co. In Kiln to provide product samples to visitors.