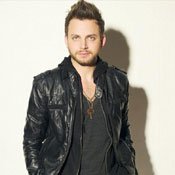 Mississippi's Brian Fuente recently competed on NBC's "The Voice." Now, he is touring in support of his first ever solo project.

Ridgeland native Brian Fuente moved to Nashville in 2007 to follow his dream of being a singer. Not long after his arrival, he started the rock band Newmatic and toured as the band's frontman for four years.

Fuente caught the biggest break of his career in 2011 when he auditioned for the NBC talent show "The Voice." The singing competition features four judges: singers Christina Aguilera, Cee Lo Green, Adam Levine of Maroon 5 and Blake Shelton. Judges must choose singers for their teams based on blind auditions, during which the judges listen to the auditions with their backs turned, unable to see the competitors.

At the blind auditions, country singer Blake Shelton chose Fuente to join his team. Fuente was eliminated from the show on March 5, though, when he lost his "battle" with fellow competitor Jordis Unga.

These days, the soulful indie rocker is a spokesman for C Spire Wireless' Bright Lights Music, an online campaign that helps independent musicians get discovered. The Jackson Free Press caught up with Fuente as he was preparing for his upcoming tour.

What did you learn from being on "The Voice?"

I learned a lot of confidence. I almost gave up on music before the show. I'd been playing in Jackson for years prior to coming to Nashville. Then I went to school at Mississippi State. I was playing there. I had basically been performing since I was 14, and I'm 28 years old. For the longest time, I almost gave up. When I got on the show, it just rejuvenated me as an artist. I'm doing music full-time now. I finally have the gumption to do what I want to do. It's just a great feeling.

What new doors has it opened?

I've had some industry people contact me. It's funny how you get on a TV show and, all of a sudden, people want to listen to you. I've got management now. We're about to record a record. I've got a solo project in my name. A lot of people who have heard about me and heard my name are interested to see what I can do outside the show.

You just finished playing South by Southwest in Austin, Texas. What was that like?

South by Southwest is one of the craziest couple of weeks for this industry. You've got what seems like thousands of bands that are down there. It was so cool to be playing my first solo show in Austin. ... (It's) just one hell of an opportunity for me. We had four shows.

I, unfortunately, did not get to see a lot of bands, because we were so busy. You go down there to network with all kinds of people. The whole industry is compact in one area of town, and it's your chance to meet everybody and be out and be seen.

What's it like playing in Mississippi, compared to other places?

The third show will be at the Gulfport Music Festival at Jones Park (2301 E. Beach Blvd., Gulfport, 228-388-2001). The three-day event is May 18-20 and features country artists Justin Moore and Gary Allan on Friday, hip-hop acts Rehab, Vanilla Ice, and Nelly and rock band Hinder on Saturday, and rockers Gym Class Heroes, Maroon 5 and Fuente on Sunday. Advance single-day passes are $50, $60 and $70, respectively. Advance weekend passes are $95 and VIP weekend passes are $299. All tickets can be purchased online at http://www.ticketmaster.com or in person at the Mississippi Coliseum box office.

I remember when we "booked" Brian for the JFP Songwriter's tent at a Jubilee Jam back in the mid-Aughts (fun times!)... and then I remember his performance, which was great... and all the young women at the front of the tent swooning. Good to see him doing well!