[Halkias] Taking Jackson With Me 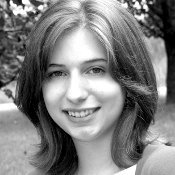 April makes nine months since I have lived away from Jackson, the city where I was born and where I lived for 24 years before moving to Austin, Texas.

Most days, the change in scenery is surreal. I drive down busy Congress Street toward a downtown where streets are teeming with professionals, all scurrying to jobs at one of the sleek high-rises nearby. Just over the river, the growing skyline is a sight to behold, from the pyramid-like, graduated-steps design of One Congress Plaza to the beautiful, ornate folds of the Frost Tower, which looks like an owl. The Texas state Capitol, the second-largest capitol building in the United States (the largest is in Washington, D.C.), stands at the end of the drive.

Though I am in love with Austin, I think about Jackson every day. It is my home—my first one, anyway—and I proudly boast its name.

When I first arrived, I wore a necklace with a pendant in the shape of Mississippi, a gift I bought myself at Mistletoe Marketplace, and I used it as a way to tell inquiring admirers about my home state and the people who live there. (I've since replaced that pendant with another one, a pair of wings, which a friend gave me with the note "To Sophia: who had to spread her wings.")

To my surprise, I discovered that many people knew of Jackson or had even been there. Also, "The Help" had just made it to the big screen, and many customers at the independent bookstore where I worked came in to grab copies. My Austin friends saw the movie version at the Alamo, a popular independent theater here. In turn, I told them about witnessing the revitalization of the historic street front used to depict 1960s Jackson in the film: my old Fondren neighborhood.

I chatted with a visiting couple who, when I asked where they were from, revealed that they lived in Clinton. The lady had attended Ole Miss. It was a small world, we concluded.

Later, I met a woman reading "Crooked Letter, Crooked Letter" by Tom Franklin. When I mentioned that the author was a professor at Ole Miss and that I was from Mississippi, she recounted her own stories of participating in Freedom Summer.

At a popular Austin burger joint, I sat at the bar with a handsome African-born businessman from Houston, who made regular trips to Jackson. He immediately began raving about Julep restaurant and asked if I knew of a barbecue restaurant in the shape of a trolley. I didn't, but sources (my mother) say that it is Chimneyville Smokehouse.

One of my Austin acquaintances attended Millsaps College, like me, and is ever my Mississippi ally, swapping opinions about the best Jackson restaurants (my pick: BRAVO!; his: Amerigo) and letting me know where I can get good Cajun food. Never assuming that I share Austin's predilection for vegetarianism—though I did for four years, when I lived in Mississippi—he also let me know the best place to get a steak in my adopted home.

That friend is actually a Louisiana boy—whenever LSU or the Saints play, he's rooting for them. But all the way out here in Texas, it sometimes feels like our upbringings, relatively close in proximity, are the same.

Recently, I bumped into author Susan Haltom. She happened to be carrying her book on Eudora Welty, "One Writer's Garden." The University Press of Mississippi (where I worked as an editorial assistant) published the book. I identified her by the familiar cover in her hands, which my friend and colleague John Langston designed. Haltom's son identified my Mississippi roots by the necklace. We chatted about Mississippi, and my two worlds seemed to collide.

I first came to know of the miracle that is Austin—a bustling downtown wrapped up in its signature quirkiness—by interning at the Jackson Free Press. Donna Ladd and Todd Stauffer are big proponents of "The Rise of the Creative Class" by urban-studies sociologist Richard Florida, who writes about communities supporting local artists. (Incidentally, this was the first book I purchased upon my arrival in Austin.) Donna and Todd have touted this book and its insights as a roadmap for Jackson to realize its full potential as a creative-class city.

I have never stopped believing in and trying to live out such a vision for Jackson. When I decided that I wanted to expand my horizons, Austin seemed like the perfect place to be, because my time spent being a part of and learning about Jackson's creative class had prepared me for it.

If anything's clear to me about Jackson that wasn't clear before, it's that the city's reach is huge, something I felt in my heart when I lived there, but something that, through the acknowledgment of others in a distant place, I now know to be a reality. I continue to hope that Jackson fulfills its potential as a creative-class city and Mississippi does the same as a creative-class state. And I hope that, no matter where I am, I continue to fulfill the promise of Mississippi, too.