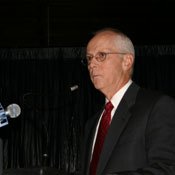 As we approach the final weeks of the legislative session, House and Senate budget chairmen have begun to allocate funds among the various needs. The largest budget item is spending for K-12 public education. This budget, which was more than $2 billion last year, is funded through the Mississippi Adequate Education Program formula. The Legislature adopted MAEP in 1997 to ensure that every school district has the resources to provide every student with the opportunity to achieve an "adequate" education. In addition, the formula is designed to provide a fair distribution of state funding among property-rich and property-poor districts.

As a result of declining revenues, for the last several years this budget has been funded at between $230 million and $250 million per year below what MAEP requires. To make up for the cuts in state funding, some districts increased local ad-valorem (property) taxes. However, in districts with low property tax valuations, local tax increases could not make up for the cuts from the state. As a result, last year alone, more than 2,000 school employees lost their jobs, including 800 teachers. In addition, many districts furloughed staff, effectively cutting their pay by 3 percent.

After initially talking about additional cuts to the education budget, Senate and House Republicans and the governor are proposing to "level fund" next year's MAEP budget. What they do not say is that this "level funding" is at a level that is still $250 million short of full funding. House and Senate Democrats have proposed a different plan, a gradual increase for MAEP with a goal of returning to full funding when revenues allow it.

Democrats do not argue for immediate full funding of MAEP. The state cannot afford to do that. But continuing to underfund the MAEP formula will result in additional layoffs of instructional personnel, fewer opportunities for advanced placement and other advanced courses, reductions in extra-curricular activities and continued increases of local property taxes. In addition, because the MAEP formula is designed to help the poorer districts achieve equitable funding, any shortfalls have a negatively disproportionate effect on those districts with the greatest needs.

Just two weeks ago, the Joint Legislative Budget Committee voted to increase the estimate of available tax revenues by $100 million this year and an additional $125 million next year. Allocating $25 million to $50 million of these funds to the MAEP budget this year is a logical first step in our return to full funding. The money will be of immense help to our local schools and can easily be absorbed by the recently increased revenue projection.

Economic experts agree that the key to increasing personal wealth and the economy in general is increasing workers' levels of education. The job market continues to demand higher skill levels, and our schools must teach those skills. We should demand that our schools be efficient, but we must also realize that we cannot continue to fund our public schools $250 million below an "adequate" level and expect better than adequate results.