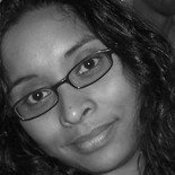 Nina Parikh will enjoy dinner and a movie tonight to view an international film with a universal message outside at the Art Garden at the Mississippi Museum of Art.

The film, "Amreeka," tells the story of a divorced Palestinian woman and her teenage son who move to rural Illinois where they find challenges. The movie is part of the Film Forward: Advancing Cultural Dialogue series, an initiative of the Sundance Institute and The President's Committee on the Arts and the Humanities, in partnership with the National Endowment for the Arts, the National Endowment for the Humanities, and the Institute of Museum and Library Services.

Parikh, who is deputy director of the Mississippi Film Office, wants more people to take advantage of the unusual opportunity. Film Forward organizers selected Mississippi as one of six domestic stops in an international cultural exchange featuring 10 independent films screened in 14 locations around the world.

Besides working for the state promoting the film industry, she also volunteers full time with the Crossroads Film Society. Parikh, 38, is also a filmmaker who won two Sundance awards for her 2006 film, "Ballast." She's working on a new project that documents the southern roots of Remy Zero, a band that started in Alabama and grew to national attention. Her attention this morning, however, is focused on the Film Forward series.

"We only have two more films left in the series," she said. "Ameerka" is tonight, and "Boy" is next Monday night. Both films are free and showing outdoors. The museum's Palette Cafe will sell dinner starting at 6 p.m. The film begins at 7 p.m. each night.
For information, go to http://www.crossroadsfilmsociety.com/.