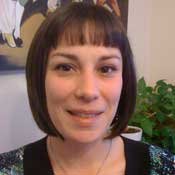 The Mississippi Senate and House of Representatives are awaiting the governor's signature on a bill forcing all local public-school boards to adopt a policy to add "abstinence-only" or "abstinence-plus" education into its curriculum by June 30, 2012.

The bill gives lists the attributes of abstinence-only education, but also gives the option for schools to adopt instruction in "either abstinence-only or abstinence-plus education." Mississippi State Health Officer Dr. Mary Currier said the state Department of Health will make sure the program contains proven techniques for preventing STDs, AIDS and pregnancy.

"We have someone in the central office whose responsibility is to work with the Department of Education, and a large part of what they do is just this sort of thing," Currier said. "It's their responsibility to figure out what kind of programs will work in our schools, and we'll make sure that whatever we use will be evidence-based, things that have been shown to work in other places."

Currier said the fact that the law will make sex education mandatory will mean big improvements to Mississippi, considering the state's poor record with STD and teen pregnancy prevention. She says the state has the highest rate of teen births in the country, as well as the highest incidence of chlamydia and gonorrhea.

Felicia Brown-Williams, regional director of Public Policy for Planned Parenthood, said the bill is a step up from where the state currently stands, which is to have no sex-education policy at all.

"Make no mistake--the bill is not perfect, but it is an enormous step toward ensuring that Mississippi youth receive life-saving information that will help them lead safe and healthy lives," Brown-Williams said in a statement.

The bill, however, requires that schools receive permission from a student's parent or guardian before allowing the student into its abstinence-only or abstinence-plus program.  The school, specifically, must supply a written notice of the program to the parent or guardian at least one week prior to the course, and parents must sign the permission form, or the school will exclude the child from the course.

Rachel Hicks, executive director of Mississippi First, said the Senate amendment creating the parent opt-in section of the bill waters the bill down too much. "We're excluding children with unengaged parents, who are the exact children we should be reaching," Hicks said. "I think it's a terrible bill, and it is not a step forward in combating teen pregnancies and STDs."

. Jackson Public Schools Board of Trustees member George Schimmel said the district had not adopted a formal mandatory sex-education policy.