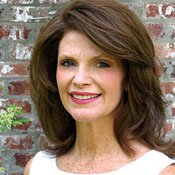 If Gov. Haley Barbour gets his way, Mississippi public schools may end up short-changed by $65 million because of a vanishing pot of federal money. Public-education advocates fear that the state Senate may follow Barbour's call to adopt a lower funding amount for schools, which the governor has misleadingly described as "level funding."

In his November 2010 budget proposal, Barbour justified the lower funding amount by pointing to "$65 million of unspent education dollars that will be available to school districts in (the) 2012 (fiscal year)," which begins July 1.

Barbour was referring to funding from the Education Jobs and Medicaid Assistance Act, which the U.S. Congress passed in August 2010 and allotted MDE $95.9 million for school districts to spend on personnel.

"It's a completely arbitrary number," Loome said. "It doesn't have anything to do with what amount was appropriated or what was there at a given time. It was just a guess, which has become this $65 million pot of money, which people think is out there. But it's not."

In fact, data from MDE show that only $43.3 million of the federal education jobs money remains unspent at this time. Spending varies widely by district, too. Districts in Natchez, DeSoto County and Madison County have already spent their entire allocation. Jackson Public Schools and Hinds County Public Schools have not spent any of their funds.

"They just guessed that maybe $65 million will be left there," Loome said. "More than that has already been drawn down. School districts could very well draw down every dime of it before the end of (the fiscal year)."

Despite the uncertainty about federal funds, leaders in the Republican-dominated Senate have signaled their intention to reduce next year's funding for the Mississippi Adequate Education Program—the state's primary means of funding low-income school districts.

Sen. David Blount, D-Jackson, said he expects the Republicans in the Senate Appropriations Committee to recommend a reduction in the funding amount proposed by House Bill 1494.

"There's concern, based on information provided by the Senate leadership, that when the House bill comes up in (the Senate Appropriations) committee, the leadership will propose spending less on MAEP—$65 million less," Blount said.

Loome said she hopes to see the Senate adopt a funding level not significantly lower than the one approved by the House. Blount said he, too, agrees with the House proposal in this case.

"I intend to raise this issue in the committee," Blount said.