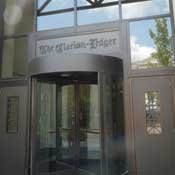 The Clarion-Ledger juggles jobs and explanations.

People who got laid off in June included the presentation editor, the Metromix editor, a sports copy editor and an online journalist. The four newsroom jobs The Clarion-Ledger says it wants to fill include a state government reporter, a City Hall reporter and two page designers/copy editors.

Publisher Leslie Hurst defended the newsroom juggling in an email.

"The skill sets for the positions that were eliminated are different than the skills that are needed for the current openings," she wrote to the Jackson Free Press. The two reporter jobs call for three years experience, while the two copy editor jobs are open to recent college graduates. Hurst did not explain what experience the four laid-off journalists had. She said the two reporter positions came open when The Clarion-Ledger's state government reporter and city government reporter left.

All page design—the major component of a Gannett copy editor's job—for The Clarion-Ledger is moving out of state to Nashville, Tenn. Gannett is establishing several regional hubs across the nation to take the burden of "copy editing" away from local newspapers.

"Yes, the design and editing of wire copy—not local copy—will be done at the Nashville Design Studio," Hurst insisted in her email. The Hattiesburg American, which laid off all its page designers/copy editors in 2009, sends all its pages—local copy, too—to The Clarion-Ledger for layout.

Copy editors throughout Gannett Co. believed the corporation would offer them the new jobs at the design hubs. It would mean moving to a different city.

"We hope that most jobs at the studios will be filled by employees now at local sites," Hurst said in her email. But at least one former Gannett copy editor says that the company held that carrot out to employees with no intention of hiring most of them.

Sharon Dunten, who was laid off June 21 from her copy-editing position at the Richmond, Ind., Palladium-Item, applied for any of the Nashville Design Studio jobs and the ones in Lousiville, Ky.; Asbury Park, N.J.; and Des Moines, Iowa. She said Gannett sent emails encouraging her to apply for these.

When Dunten learned about the Jackson jobs, she was suspicious. She found it insulting that just days after Gannett laid off more than 700 people, some Gannett newspapers immediately started posting help-wanted ads. Dunten, 53, suspects Gannett wants workers in their early 20s who would get lower salaries, fewer benefits and would have less institutional knowledge.

Dunten considered The Clarion-Ledger jobs anyway. To get her unemployment benefits, she has to send out at least three resumes a week. Before she made that effort, though, she wanted to find out what was really happening in Jackson. She wrote Ben Kelly, news editor, to ask about the copy-editing jobs. In an email, he told her the copy editor jobs are only temporary positions through September 2012, when The Clarion-Ledger pages will get created in Nashville.

"That date could be delayed, based on the  progress at the hubs," Kelly wrote. "Gannett is encouraging its local designers to apply for one of the hub positions as their newspaper gets close to the transition date and has said previously it will give priority to current Gannett employees in the hiring process."

Dunten heard that before from other Gannett editors in other states. While she was still a Gannett employee, she sent feelers out to other Gannett papers. Some were honest with her. They told her that they couldn't really hire any new staffers, but they were allowed to advertise and recruit. That way if a budget line suddenly allowed it, they told Dunten, they could hire someone immediately. Dunten worried The Clarion-Ledger might be playing the same game with people's emotions and futures. She wrote Grace Simmons, metro editor at The Clarion-Ledger, with this concern.

"These listings are all active," Simmons replied. "We are accepting resumes. Go ahead and send me your resume."

Hurst said in her email that an important part of the Nashville Design Studio and the Gannett design hub project is to preserve "the local flavor and identity" of The Clarion-Ledger and its sister publications. "The creation of Design Studios is to support better hyperlocal coverage. Our intent is to free local journalists to do great storytelling and enhance their efforts with great design at the studios."

Hurst sent the email over the weekend after the JFP contacted Gannett headquarters Friday. Hurst did not respond to requests for follow-up questions for clarification.

Dunten decided not to apply for The Clarion-Ledger jobs after all. She is not sure she wants to work for Gannett again.

As this issue of the JFP was going to press, news broke that Ronnie Agnew, executive editor of The Clarion-Ledger, was leaving to become the director of Mississippi Public Broadcasting. He starts his new job Aug. 5. It is unclear if Gannett plans to advertise for his replacement. Craig Dubow, Gannett CEO, and other top corporate officials will pay a visit to The Clarion-Ledger Aug. 17 for a town hall meeting with a question-and-answer session.

Disclaimer: The writer is friends with Sharon Dunten and is a former Gannett employee.