Showdown Ahead on Immigration Lawsuits 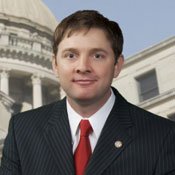 Mississippi lawmakers are headed for a standoff on two provisions of a proposed Arizona-style immigration bill. The House of Representatives passed Senate Bill 2179 yesterday but stripped a controversial section that would that would allow citizens to sue local law enforcement and public officials for not enforcing the restrictions. In its place, the House inserted a provision allowing citizens to take a business to court for hiring undocumented workers.

The bill's sponsor, Sen. Joey Fillingane, R-Sumrall, told the Jackson Free Press today that the Senate would almost certainly disagree with the House's changes and seek a conference to settle the two chamber's differences.

In adding the provision for lawsuits against employers, the House also deleted a portion that protected employers who use the E-Verify immigration status identification system. A 2008 state law requires all employers in the state to use E-Verify by this summer. The Senate version of SB 2179 stated that proof of using E-Verify would give businesses a "rebuttal presumption" that they had complied with the law.

The House bill, passed by a 77-40 vote, would let citizens file suit against businesses suspected of hiring undocumented workers. Employers would face fines of between $5,000 and $25,000 per undocumented employee for each day the employee worked.

Fillingane said that such fines could easily bankrupt most businesses in the state and even drive businesses to other states.

"It doesn't really matter, under the House version, whether you've used E-Verify or not, or whether E-Verify even works accurately," Fillingane said. "The (House version) to me seems to be extremely punitive towards businesses, even businesses that are trying to be compliant with the law and E-Verify their employees."

Rep. Bobby Moak, D-Bogue Chitto, who serves on the House Judiciary A Committee that approved the changes and who voted for the bill yesterday, said that the House version was meant to address concerns from local governments and law-enforcement agencies that they could be sued for not enforcing a law that provided no extra funds for policing immigration.

"We could not figure out the logic in that," Moak said. "When you sue one of those entities, you're suing yourself, the taxpayer. The cities and local government would have to pick up the judgment on any suit, which would be the taxpayers at the local level."

Fillingane has presented the provision for lawsuits against local public officials as an avenue for punishing so-called "sanctuary cities," cities that pledge not to enforce federal immigration laws within their borders. Federal law would trump any such local ordinances, though, making the penalty unnecessary, Fillingane said.

"I think on that point, the House version we would be fine with," he said.

The House version's penalties on employers could be a sticking point with some business groups, however. Mike Cashion, executive director of the Mississippi Restaurant and Hospitality Association, said that his organization will scrutinize the House bill for signs that it could hurt businesses who check their employees' immigration status.

"What I want to make sure of is that if an employer uses the E-Verify system and uses it correctly, that they're protected from the penalty provisions," Cashion said. "If they're putting forth a good-faith effort to comply, then they need to be held harmless."

Moak maintained that existing state requirements for E-Verify would ensure that the only businesses punished by citizens' lawsuits would be those already disregarding state law.

"Only employers who don't use E-Verify--who didn't use it for someone that a court would find to be in the country illegally--would be subject to the penalty," Moak said.

Both versions of this bill are bad for Mississippi. Having a provision to allow citizens to sue municipalities for being perceived as not enforcing this law or a provision that fines employers up to $25K a day for each employee found to be undocumented are both bad policies for Mississippi. Neither bill considers the detrimental impact on the families being torn apart nor do they consider the economic impact on Mississippi to enforce such legislation. Neither bill defines the term "reasonably believe," which is the catch phrase to allow an officer to request immigration papers. These two bills create an unjust law that will harm all of Mississippi. The result is racial profiling of Latinos, citizen and undocumented; families torn apart with children becoming wards of the state; loss of state income from payroll taxes; loss of businesses bankrupt by fines; increased taxes to pay for lawsuits against perceive non-compliance of the law by municipalities; and increased taxes to enforce an unjust law. The only winner here is the private prison industry that will gladly expand their facilities to serve as holding tanks for the arrested immigrants awaiting deportation on Mississippi taxpayer's dime. Developing an easy supply of "inmates" for a private industry is immoral and not the direction Mississippi nor this country should pursue. Mississippi would fare better economically if taxpayer's money instead went to ensuring that all of Mississippi's children are well educated and ably equipped to enter the labor force as workers, as business owners and employers, and as entrepreneurs.

Wow, what an incentive not to hire illegal aliens. Look at it like zero tolerance. That should apply across the board throughout the state in some other areas of the law. If you don't send a strong message, violations will continue to occur. Discrimination will be next. ZERO tolerance for violators.

I think the big elephant in the corner is the fact that it is very hard for people from Latin America to legally come to the US and work. When my ancestors came to this country, it was easy. You just showed up at Ellis Island, and if you didn't have tuberculosis or pink-eye, you got in. (Things were a lot harder for Asian immigrants, though.) Today, I understand getting a green-card is something like a ten-year process if you don't have the special job skills needed to qualify for an H-1 visa. (Please correct me if I'm wrong on that one.) Anyway, for most would-be immigrants, this means legal immigration simply isn't an option. Whatever people want to do about the large numbers of undocumented immigrants already in the country, I think this aspect of immigration law seriously needs to be reformed. I doubt it will, though. If we allowed more people to work in the US legally, we'd have to pay them minimum wage, give them benefits, and otherwise treat them fairly. It is my belief that the current system which all but bars unskilled immigrants to work legally in the country stays in place so that these workers will have to come in illegally, so that they may be easier to exploit. The nasty truth is that for all the people who say "we don't want them here" or "we want them to come, but legally," there are sadly too many more who want them to come, and specifically want them to come illegally so that they can be a cheap and easily exploited slave caste.

The House bill deals directly with the problem. If employers did not hire illegal immigrants there would be no problem. The illegals mainly come to the United States to work. If there was no demand for their services, they would not come here. The jobs would then have to be given to American citizens and the country's unemployment rate woud drop drastically. However if citizens are to be hired the employers would now have to pay a decent wage, which is what most employers of illegals do not want to do. Believe me there are very few jobs in this country that citizens would not do if the pay was high enough. So I completely support the House bill. Make the penalties on the employers high enough and we would have no illegal immigrant problem. How Sen.Fillingane could be opposed to this provision ifhe truly concerned about illegal immigration defies belief.