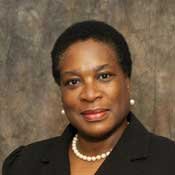 At 4 p.m. yesterday, an hour before the city's deadline for Ward 1 city council candidates to file for the Feb. 15 special election, Attorney L. Patricia Ice submitted her paperwork to run for the seat vacated by Jeff Weill.

Ward 1 candidate Quentin Whitwell almost ran unopposed for the seat. Earlier this week, Marcus Ward decided to pull out of the race after he received a promotion from his employer, stating he would not have the time to serve in an elected position.

Ice has years of experience working as an advocate for underserved communities and as a grass roots organizer. She currently serves as the director of Mississippi Immigrants Rights Alliance Legal Project, where she helps provide services for immigrants such as filing status documents, obtaining benefits or assisting with the naturalization process.

"I had contemplated it for a few weeks when the seat became empty, and I decided that I could be a good advocate for the ward and the city council," Ice said. "As I went through the neighborhood talking to residents and collecting signatures for the petition, I found that many of us had similar concerns."

Ice said those concerns include crime and bringing more economic opportunities to the ward.

The city's election commission is currently verifying the 50 signatures the candidates submitted, and will officially qualify the candidates in the next few days.

Ice said that in addition to supporting the city's existing anti-racial profiling ordinance; she also would support ordinances that help prevent domestic abuse and strengthen penalties for those who abuse animals.

The Detroit native received her law degree from Wayne State University. She also holds master's degrees in linguistics and library science. Ice has worked as an assistant prosecuting attorney in Michigan and an assistant district attorney in New Mexico. She served in the Peace Corps in the mid '80s teaching English to the citizens of Benin in West Africa. She has also taught English in the Philippines, Haiti and Honduras.

Whitwell, an attorney and lobbyist, is a managing partner with media and political advising company Meadowbrook Strategies.

Also see: "Respect for the City"

"Ice said that in addition to supporting the city's existing anti-racial profiling ordinance; she also would support ordinances that help prevent domestic abuse and strengthen penalties for those who abuse animals." She knew exactly who she was talking to.