The Secret is ... People 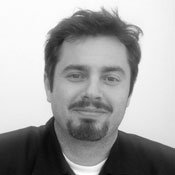 I thought about going back into the JFP archives to check and see how many of these publisher's notes in previous Best of Jackson issues I've started with, "You hold in your hands the largest-ever issue of the Jackson Free Press."

But then I figured, who's counting?

You hold in your hands the largest ever issue of the Jackson Free Press! (And if you're reading this online ... you know what I mean.) Despite our best efforts to rein in the length of the ballot, there are more categories than ever, more votes to count than ever, more winners to cover ... and more advertisers packing the pages of this "keeper" issue.

And, of course, it's all worth it.

As in years past, the Best of Jackson 2011 issue is a celebration of everything that's authentic, unique and so quintessentially Jackson about Jackson. It honors entrepreneurs, civil leaders, scalawags, trendsetters and a few cagey self-promoters. Herein, you will find triumphal acclamations, the occasional sly dig and well-deserved rounds of applause. We love it all.

The Best of Jackson is a celebration of the creative spirit of Jackson and an expression of our editorial thesis that the "creative class"--as defined by Richard Florida's seminal book, "The Rise of the Creative Class"--is not only alive and kicking in Jackson, but indeed, is the city's future. (Long-time readers may have been wondering how long it would take before I brought up Florida.)

As a "creative class" town, Jackson actually has a lot going for it. It's cheap to live here--cheap enough, in fact, to make a big change or take a risk. New business? Try it. Want an MD or JD or MBA or MS in public planning? How about adult-ed classes, a technology associates' degree or a professional degree in graphic design? Jacktown is a college town, believe it or not--you'll be joining well over 30,000 other students at universities, colleges, professional schools and community colleges in the Jackson metropolitan area.

Jackson is the medical technology center of Central Mississippi, and it's the capital of the state. That means entrepreneurship, technology, medical service and support jobs, legal work, politics and non-profits--tons of talent and opportunity.

Oh--and, of course, there are the artists, musicians, designers, venue managers, galleries owners and teachers who make up the core of creativity that makes a creative town hum.

I just finished reading "The Great Reset," Richard Florida's latest book. (Him, again.) The basic thesis of the book is that the current "Great Recession" is analogous to two other "resets" in American economic history--the Great Depression of the 1930s, of course, and the Long Depression of the 1870-90s.

Florida makes the case that the current recession is similar to those earlier depressions in that we'll see dramatic changes to our economy like those that came out of the previous two events. In the late 1800s, we moved from an agrarian economy to an industrial economy--off the farms and into cities; in the 1940s, suburbanization drove growth, with a focus on high-paying blue-collar jobs, home ownership, and a culture of cars and high consumption.

Now we face another change--from an industrial economy to a "creative" economy; one where knowledge work and creativity are the primary drivers of industry, products and services. Along with that "Creative Class" comes the need to focus on the service industry as well; Florida makes the point that it's critical that we, as a nation, come up with ways to make service-industry jobs both (a) more creative and (b) better paying, family-supporting jobs that blue-collar work once was.

Most of all, cities have to change to survive and thrive in the coming economy. Jackson can do it, but it'll take work.

Perhaps my favorite result in the Best of Jackson was the "Best Reason to Live in Jackson" answer: The People. I could almost guarantee you that the result would not be the same in any of the other places I've lived for an extended period--Texas, Colorado, California, New York--in their "best of" balloting. Not that there's something wrong with the people in those places; it just wouldn't be the No. 1 answer.

But in Jackson, that's the answer that people typed into their online ballot or wrote on that line and mailed in. And a LOT of you said it.

It so happens that's one of the same answers that Richard Florida has in "The Great Reset" when it comes to the "small stuff" that can make a city attractive to younger professionals, new industries and, indeed, the growth required for future prosperity.

Here, according to Florida, is what can "really make a difference to the people living in cities": (1) physical beauty, aesthetics and public spaces, (2) ease of meeting people and plugging into social networks and (3) diversity, open-mindedness and acceptance.

That's it. It's not all about pro teams, stadiums, arenas, country clubs, private lakefront property or even access to JetBlue. (Mind you, many of those things can help, but not if the fundamentals aren't in place.)

It is about building places for diverse people to meet, work, love and live--great neighborhoods, public spaces and relying on the engine of local commerce--not massive public projects--to get a lot of this stuff done.

It's also about smart government. Just this week I've been hearing about critical work being done by area mayors--Jackson together with the suburbs--to build out walking and biking trails in and around the Pearl, and tie them all together as transportation corridors. That's beautification, transportation and bringing people together using our unique ecological assets.

Jackson's future is found right here in the Best of Jackson issue: the people, the sense of place and all the gathering spots for community--venues, restaurants, local retail, people-centric neighborhoods and outdoor spaces.

I encourage you to use this issue to become (or continue to be) an urban warrior--try all this cool stuff! If you live outside the city, you're part of our renaissance as well: just take advantage of local amenities and businesses. There's more here than ever before--even in hard economic times, there are new restaurants, new neighborhoods opening up, new (and renewed) leaders to celebrate, and an excellence in Jackson that's tons of fun to celebrate. Enjoy!

Great column, Todd. Everything resonated with me except the part where you said you read a book. I simply don't believe that part! People (do) make the world go round, though. Go Jackson! Go Todd. Steelers too. Don't go telling me to go listen to CeLo Green's latest hit record. Otherwise, I say you take a listen at it too. lol.