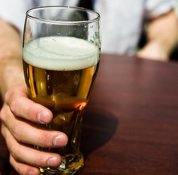 Despite a grassroots effort to modernize state laws on beer and beer brewing, the Mississippi Legislature is unlikely to pass any bills this session to change the status quo.

Butch Bailey is president of Raise Your Pints Mississippi, a nonprofit pushing for the state to increase its allowable alcohol-by-volume content of beer to 8 percent, and make home brewing legal. He confirmed that the prospects to change state law look grim because it's an election year.

Currently, the state only allows the sale and distribution of beer at 6.25 ABV. This cap excludes most "craft" beers, beverages produced in small quantities with high-quality ingredients and, often, higher alcohol contents. In addition to grassroots organizing and hosting beer-tasting events, this year Raise Your Pints hired lobbyists to try and sway lawmakers.

"We understand the odds, we aren't naive," Bailey says. "The problem is, the reason everyone gives us for it being tough this year, (is) it's an election year. When we talk to elected officials, they tell us that it's a very reasonable thing."

Bailey said Mississippi would still have a lower allowable alcohol content compared to other states if legislation passes, but the increased ABV rate would help boost sales-tax revenue without increasing taxes.

Rep. Bobby Moak, D-Bogue Chitto, has introduced two bills: House Bill 744 would increase the state's allowable alcohol content by 3 percent, and House Bill 401 that would legalize home brewing. The House bills are currently in the House Ways and Means Committee

Moak and Baria could not immediately be reached for comment. Baria told the Mississippi Business Journal today that his bills were "dead on arrival" because most legislators do not want vote on contentious legislation in an election year. The Senate bills are currently in the Senate Financing Committee. Sen. Dean Kirby, R-Pearl, committee chairman said that it was unlikely he would bring the bills up for a vote.

Bailey says its unfortunate that lawmakers will not pass legislation that could increase sales-tax revenue and bring more brewing companies to the state. Last year the organization pushed for similar legislation, and Bailey says he will continue his organization's efforts until the legislation passes.

"This is a good bill for Mississippi, and we really believe in the supporting arguments. I really believe that in America, if you stick with it long enough and fight the good fight, then you will win."

In an original version of this story I incorrectly attributed information to the Northeast Mississippi Daily Journal. NEMS ran a story that was originally published in the Mississippi Business Journal by Clay Chandler.