City to Spur Development at Metrocenter 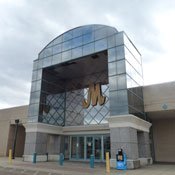 Johnson proposed to the Jackson City Council last month a plan to relocate the city's water and sewer business offices and its personnel department, as well as police Precinct 2 and the city's Public Education & Government television network, into 60,000 square feet of space on the first floor of the former Belk department store.

The mayor told the Council that he anticipated the move to be a shot in the arm to the failing mall, which is a remnant of 1970s growth along the Highway 80 corridor that began to decline rapidly in the 1990s with the rise of suburban development.

"We helped the (Jackson) Medical Mall by moving city agencies into that, and we think it will give the same boost to the Metrocenter," Johnson said.

The Jackson Police Department's Precinct 2, PEG and the city's personnel offices are currently in the Atmos Building on West Capitol Street, while the Water and Sewer Division's administrative offices have leased space at the Medical Mall for 15 years.

City spokesman Chris Mims said the mayor bases his prediction of an economic benefit to the state's largest shopping mall on an earlier move to the Medical Mall.

Jackson employees at the Water and Sewer Division join other health-based employees—and their various patrons—in providing a customer base for other Medical Mall businesses, including Piccadilly Cafeteria, which has managed to weather decades of economic ups and downs thanks to stable patronage.

In addition to a steady stream of clientele, the city invests heavily in its department headquarters at the mall. The city pays $400,000 in rent at the Medical Mall and an additional $217,000 a year in utilities. These numbers could conceivably resemble the amount the city will pay to Jackson developer David Watkins, who offers the Belk department store space for rent.

The developer said the Medical Mall had plans for the space currently occupied by the city. Jackson Medical Mall Development Director Kelli Sharpe, however, would not comment.

Watkins, who is behind the recent renovation and re-opening of the King Edward Hotel and the Standard Life Building, had earlier proposed the Belk space to Jackson Public Schools as a future location for its administration at a cost of about $1 million a year for lease and renovation.

At the time, Watkins proposed to eventually renovate the entirety of the mall, including the mall core. One design plan proposed breaking the facility into two different buildings, and surrounding the mall with entertainment venues and residential property, including apartment buildings.

The developer now offers a less ambitious plan, which involves limiting mall renovation to the Belk property to fit the needs of the city. Watkins said the deal he is offering the city is less expensive than the deal he proffered JPS.

Watkins would not say what impact his deal with the city would have on his more ambitious long-term development plan for the mall.

Johnson told the Council last week that he has not finalized the annual cost, but assured Council members that the arrangement would "cost less than what the city is paying now for lease space combined with utility costs and the $3 million it will cost to renovate the Atmos Building." The mayor said the Atmos Building requires considerable renovation to handle the requirements of the city's television station, and that the inadequate facilities on Capitol Street are one of the main reasons PEG has not been producing many programs over the last few months.

The City of Jackson already owns the former Dillard's department store space, which it bought in December 2009 for $39,500. That section of the mall, which has been vacant since 2004, contains 172,000 square feet of space, more than enough to house the 60,000 square feet the city seeks from Watkins. However, Mims said the city has other plans for the Dillard's space.

"We're marketing the (Dillard's) building, and ultimately our goal is to have a private developer come in and take that over," said Mims, who added that the larger square footage offered by the Dillard's space presents a more palatable sale to a would-be investor.