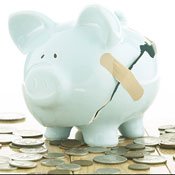 The decision comes after a plan to build both museums died in conference last month as senators and representatives failed to agree on funding, among other things.

The original House Bill 1463 allotted $55 million in state funding for the construction of a national civil-rights museum, a museum of Mississippi history and a related parking garage in Jackson, although legislators appeared somewhat divided on where the civil-rights museum should be. One legislator attempted to locate the museum on Mill Street in Jackson, while a second tried to place the building in Leflore County.

The governor personally restarted the effort to build the museum weeks after critics hit him for describing the 1960s civil-rights era in Yazoo as not "being that bad."

The Mississippi Professional Educators released a spreadsheet April 1 claiming that Mississippi Schools for the Blind and the Deaf will see a $241,709 reduction next year compared to this year, while Mississippi public television will suffer $357,720 in reductions. State funding for the Library Commission will only drop $41,103 compared to last year, by MPE's numbers. The organization also claims the 2012 budget cuts $6 million the state's Institutions of Higher Learning. Senators and House leaders were willing, however, to offer an extra $9.8 million to the state's community colleges, compared to this year.

"This is a compromise budget," stated House Speaker Billy McCoy, who advocated last month for mental-health institutions and public education to receive the same funding they got in 2011. "Whenever you compromise, you have a lot of give-and-take on both sides. That's what happened here. While the final budget document may not have everything that the state House wanted, I, Chairman Johnny Stringer (D-Montrose), and Chairman Cecil Brown (D-Jackson), are convinced this does what we in the state House have wanted to do the entire session: adequately fund our state agencies, including those that were threatened by severe funding cuts—public schools, mental health, public libraries, homestead exemption, vital agriculture and forestry programs and other areas."

'Attempted Murder' Dies
The potential charge of attempted murder in Mississippi died last month when legislators failed to agree on it. Mississippi remains one of the few states without an attempted-murder charge in the books, forcing prosecutors to fall back upon the lesser charge of aggravated assault in attempted-murder situations. Aggravated assault only carries a 20-year maximum imprisonment, however, which prosecutors say does not give them enough leverage when orchestrating plea deals with suspects.

Putting Ethics in Its Place
With a pen stroke, Barbour put the pain of open-meetings violations on individual violators, as opposed to public bodies, this session. Currently, governmental organizations such as the Hinds County Board of Supervisors or the Jackson City Council are responsible for paying fines on violations of open-meetings laws, which means taxpayers ultimately pay the fines. Senate Bill 2289, however, allows the Mississippi Ethics Commission to charge the fines to individuals it deems responsible for the violations, not their public bodies.

If the Ethics Commission finds that a member or members of a public body has "willfully and knowingly violated" ethics law, the commission can impose a penalty of up to $500 for a first offense and $1,000 for subsequent offenses, "plus all reasonable expenses incurred by the person or persons in bringing the complaint to enforce this chapter."

The bill becomes law in July.