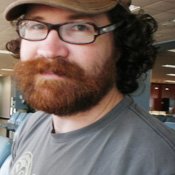 For the past couple days, Jerel Levanway has been sharing his hometown with Hollywood. As assistant location manager for "The Help" in Jackson, Levanway has coordinated filming locations for the adaptation of Kathryn Stockett's novel. He negotiates with businesses to sign location agreements and generally serves as an intermediary between the production, city officials and local businesses.

Levanway, 37, who has worked in the art department for other film productions, says that "The Help" is the largest feature he's ever worked on, as well as the only one with Hollywood backing.

Levanway's route to the film industry was a circuitous one. After studying biology at Mississippi State University, he taught for two years in Tunica County as part of the Mississippi Teacher Corps, an alternate-route teacher certification program. Levanway briefly worked for his father, a contractor specializing in trim and cabinetry, then set off for Sweden, where he studied traditional wooden boat-building for a year. He followed that with a stint managing residential care homes for elderly patients in Dallas before settling down in Jackson, where he met his wife, Nina Parikh, who is the deputy director of the Mississippi Film Office.

The couple has a 1-year-old son, Roscoe.

Levanway started working as a production assistant and served as production designer for the 2008 indie feature "Ballast," which filmed in the Delta and won two Sundance Awards.

He's glad to see "The Help" shooting in Jackson."Just having film in the city is a great thing for us," Levanway said. "It's a huge economic boost; the city makes a lot of tax revenue off of it."

Filming in Jackson has been largely uneventful, aside from small adjustments to accommodate things like parking concerns, Levanway said."If planning goes like it's supposed to, you're not supposed to have surprises," Levanway said.

The production is filming scenes at Greenwood Cemetery today before moving to the Mayflower Cafe. Levanway said filming in Jackson should wrap up this evening.

Special thanks to Jerel for everything he did on the set. Its guys like this that are the little lines that scroll past on the credits that not many people pay attention to, but if it wasn't for them and all the hard work they do, the movie wouldn't be possible. Thanks again Jerel!