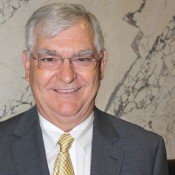 Burnham said that the Department of Education's 2012 budget request would actually be lower than its 2011 budget if the Legislature had fully funded MAEP, the state's main funding stream for balancing funding to low-income districts, last year.

The Legislature's MAEP appropriation for this year is $243 million below full funding, however.

Of the employees laid off last year, 704 were teachers, 792 were teachers' assistants and an additional 163 were other certified personnel, a category that includes administrators, nurses, librarians and counselors. The cut teachers represent roughly 2 percent of the total teaching positions in the state, although Burnham said that the Mississippi Department of Education did not have numbers for teaching positions eliminated through attrition.

School districts have received a total of $98 million from a federal education funding bill passed by Congress Aug. 9. Gov. Haley Barbour has called on district superintendents to save that money for the 2012 fiscal year, but Burnham said that some districts must use the funds to reinstate eliminated positions, adding that some districts have cut teaching positions below the number necessary to maintain minimum teacher-student ratios.

"There will be some teachers hired back," Burnham said.

"We're not going to do that," House Speaker Billy McCoy, D-Rienzi, interjected after MDE Board Chair Charles McClelland mentioned the request.