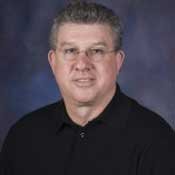 Blake Wallace, executive director of the Hinds County Economic Development Authority, says any organization or business can adapt the "World of Difference" campaign to its needs.

"It enables us to act a lot quicker, when we are working with clients, to know that we already have bonding authority in place," Blake Wallace, executive director of the Hinds County Economic Development District, said.

Wallace will remain in his current position in the renamed agency.

Previously, the HCEDD could only use the county's own general obligation bonds for its projects. The Economic Development Authority will have the power to issue its own bonds, subject to approval by the Board of Supervisors. The change thus expands the available pool of money for development efforts in the county, Wallace said.

The Mississippi Legislature authorized the change this spring by passing House Bill 1687, but today's vote makes it official.

Jones, Rankin and Madison counties all have economic-development authorities, and the conversion will help Hinds County vie with neighboring counties for business.

"All of us, in this area, are competing and trying to get more opportunities here," Wallace said. "It makes us able to act more quickly, and it gives you a separate pool of dollars that you're working with for those projects."