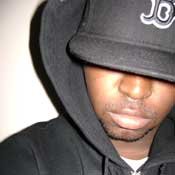 Jackson rapper and producer Marcus Rashad Battle, aka Rashad Street, and his business manager, Damon Amos, aka Debonair Ways, marveled at the King Edward renovation during a recent visit. "You see hope in the city, you see the potential," Street says. Then, he wonders out loud, "What else can they do with Jackson?"

Street sees the King Edward—now a Hilton Garden Inn—as a metaphor for the potential in the Jackson hip-hop scene. As we sat together enjoying the air conditioning, Street discussed Jackson's potential, his challenge for other artists, and why Mississippi is about more than just catfish and cotton.

Who is Rashad Street?
I'm just music. I mean that's what I breathe; that's what I am. And if you really want to know who I am, know that I am a historian of the music. I'm just about this music as a whole. I'm blue collar; I go in 9-to-5, go hard. I am the reporter and the poster-child of the underground, the everyday dude that gets up every morning—get up and grind blood, sweat and tears—and go passionate about something I love and stand for, even if I have to die.

That's how strongly I feel about "that," whatever "that" is. And "that" is music. My music is the truth of what people need to hear. It's not stripped down. If you really want to know who I am, come to one of my live shows, and you'll definitely get a piece of who Rashad Street is, and why I won't be the most known unknown for long.

What projects have you done, and what do you have planned?
I did a project called "Back on the Block" and "The Most Known Unknown" with DJ Venom and "Street Official Volume 1." "The Most Known Unknown" is part of a trilogy, so I am working on "Who Am I" (part 2 of the trilogy), and it will be followed up with "I am Rashad Street" (part 3). ... You can find my music on iTunes, http://www.datpiff.com and http://www.bandcamp.com. Basically, anywhere that's got music, you can find my music.

On the song "Survival Time" (from "The Most Known Unknown"), you challenge other Jackson rappers to "step their game up." What do you mean?
We are all trying to find our way. So my thing is, I myself, want to challenge everybody, as well as me, to just get better. I feel like we need to compete with each other—I mean a friendly competition of those of us out there that's rappers, writers, producers, whatever we are. That can't do nothing but help, not only the city, but the state to become that force that can't be denied.

Do you see big things for the future of the Jackson hip-hop scene?
The Jackson hip-hop scene is definitely on the rise, up and coming. I mean, you have a list of artists out there that's doing it and ready to compete on a major label or a major stage just trying to find their way to get there. Be on the lookout for something major to happen pretty soon. It's gonna be like a bomb. Prepare for it.

What makes hip-hop from Jackson and from Mississippi, in general, stand out from other parts of the South. Do you think peoples' perceptions of Mississippi affects their ideas about Mississippi hip-hop?
If you think of New Orleans, you think of bounce; or you go to Miami, you think of bass music and all that. But Mississippi hip-hop, to me it's like blues music. It's just truth music. And that's where the whole idea of "Street" in my name came from. I got it from being in a cipher, and someone said, "You speak that street gospel." I'm just speaking and telling it how it is. And in so many words, that's what it is. In Mississippi, it's downright, hardcore, unapologetic truth of what it is—it's pain, it's passion, it's emotion, it's truth. And we just want to give our legacy of hip-hop. We're not trying to take over; we're just wanting to have our place, too, ‘cause we have a say-so, just like everybody else. Why do we have to be pushed aside?

I just read an article in XXL, where a DJ was talking about a "stripper song." And he said, "If you take that to Mississippi, it will blow up." And it's like, so you're just saying that we're only good for strip clubs and fish fries? I mean; it's bad. There again, we are back into this box. It's gonna take a minute for people to understand it and see that we are not that. So my mission is to show people that we are more than just catfish and cotton. It's gonna take a lot of people—like I said—challenging themselves to do something greater.

Get Rashad Street's music at http://www.datpiff.com. http://www.bandcamp.com and the iTunes store. Keep an eye out for Rashad on the Forever Friday series, hosted by June Hardwick and DJ Phingaprint.