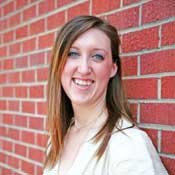 "I am Jackson." It's emblazoned on a T-shirt sold at F. Jones Corner on Farish Street. And it's a motto for the growing force of Jacksonians working to make Jackson what we want it to be. The future of this city is partly reflected in my Jackson story, but what makes me so confident in its future is that my story is not unique. The growing cadre of young professionals and creatives here are becoming a critical mass that will transform this place in a relatively short period of time and that will ensure the whole city, not just one neighborhood, shares in its success. That's what our Jackson will be.

I returned rather reluctantly to Jackson. After graduating from Millsaps College, I wanted out: I didn't think Mississippi was a place I could find the community I craved—with a thriving creative class, music, art, nightlife, restaurants, an urban lifestyle and progressive thinkers. So I left the state for graduate school.

But like many of my colleagues, Mississippi pulled me back. It was May 2004, and during the three years I was gone, a movement had started. I could feel it: Fondren Corner was a mixed-use property with apartments (!); the Electric Building was under renovation to include residential space downtown; and the city had an alternative weekly newspaper, the Jackson Free Press.

Having lived in Nashville where the alt-weekly was my how-to guide on taking advantage of all the city had to offer, I was encouraged. I also knew that support for an alt-weekly indicated that a creative class was present, and that (as anyone who's heard of Richard Florida knows) is key to the economic development and success of a city. It's also vital to making it a place where young professionals like me want to live, work and play.

I met Fondren artists; I found the YP Alliance (called YUPS at the time); I went to events in Fondren ... and committed to making this my city. And I started to see the potential here.

All of that informs my vision for Jackson's future. When I think five or 10 years down the road, I think about my friends with similar stories—some left and returned; some are transplants who came here for work and quickly caught the spirit; some are lifelong Mississippians. But we've all found ways to actively make this our city, not just the city that we'll inherit from the prior generation.

Part of making it ours means working to shape how Jackson develops. Our Jackson will be many things: bike and pedestrian-friendly, thanks to Melody Moody and Bike Walk Mississippi; developed in a way that's sustainable, thanks to Whitney Grant and the Jackson Community Design Center; "crazy local," thanks to Craig Noone and the Parlor Market guys; inclusive, thanks to Funmi Franklin and Jackson 2000; creative, thanks to daniel johnson and the Jackson Arts Collective; offering expanded options, thanks to Todd Parkman and Raise Your Pints.

All of these contemporaries of mine, and more, bring a passion and dedication to projects affecting Jackson. We're a generation that not only brings these ideas, but the education (statistically, we're the highest educated to date) and values (like collaboration) to make the ideas reality. We support each other's efforts so they'll each become part of a comprehensive whole.

I know this city will become—is becoming—our Jackson because I see the results of these efforts every day. I see the generation ahead of us recognizing our energy and passion—and even more encouraging, they are showing faith in us.

It happens when I have a conversation with a developer at Downtown at Dusk, and he looks at me, points around to the crowd filled with energy, and says, "You're part of all this." It's when I hear confidence in our abilities because the Chamber of Commerce or Downtown Jackson Partners wants to meet with a new group like Bike Walk Mississippi about creating a bikeable community.

It's feeling pride for young artists when I'm in a meeting and the director of the Mississippi Museum of Art says that the Jackson Arts Collective is a wonderful, talented group that needs to be included in discussions.

All of these things are part of Jackson's future. It's a future that will be shaped by vision, collaboration and a recognition that we rise (or fall) together, and so we all have a stake in making this our Jackson. Maybe it sounds idealistic—maybe that's a characteristic of youth. But I think it's the truth of what our future holds.