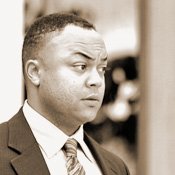 Mississippi's "castle doctrine" law, which allows for the use of deadly force in certain self-defense situations, has some gray areas, Hinds County District Attorney Robert Shuler Smith acknowledged in a community meeting yesterday.

Using hypothetical examples and several actual cases, Smith tried to explain when state law allows citizens to use deadly force. Mississippi's castle-doctrine law, found in the Mississippi Code, Section 97-3-15, states that homicide is justifiable if done to resist "any attempt unlawfully to kill such person or to commit any felony upon him." The protection applies to homes, businesses, places of work and occupied vehicles. In those situations, the law says, a citizen has no "duty to retreat" before using deadly force.

Generally speaking, three factors contribute to whether the use of deadly force is justifiable: location, the commission of a felony crime, and a person's reasonable fear of being killed or suffering bodily harm.

Lawyers and law enforcement commonly invoke the castle doctrine in cases of "home invasions." A burglar breaking into a house can pose an imminent threat to either personal property or the occupant's life, and citizens who shoot a burglar breaking into their home stand a good chance of being protected under the castle doctrine, Smith said during the monthly Precinct 2 COPS (Community-Oriented Policing Strategies) meeting, at the Precinct 2 Headquarters..

A fleeing burglar is less of an imminent threat, as two high-profile cases in Jackson from 2008 demonstrated. In one, store clerk Sarbrinder Pannu shot and killed James Hawthorne outside a store on Medgar Evers Boulevard as Hawthorne attempted to drive away after allegedly shoplifting a case of beer. A Hinds County grand jury indicted Pannu on murder charges.

Days after Hawthorne's death, on Aug. 25, 2008, Terrence Prior robbed a convenience store on Robinson Road, wearing a clown mask and brandishing a gun. The store clerk chased Prior as he left the store, shot and killed him. In that instance, police declined to press charges and did not release his name.

In a hypothetical example, Smith said that the castle doctrine would not necessarily protect a citizen who came across a burglar breaking into his car. The citizen "would not be wise" to use deadly force on the burglar if he did not fear for his own safety, Smith said.

While he declined to name specific cases, Smith said that the uncertainty often hinged on whether the citizen truly feared for his or her life at the time, he said.

"It appeared in one case, the person could have reasonably feared for his or her life in that situation, and in the other case, maybe not," Smith said. "Regardless, we have to present the cases to the grand jury, and we never know what the grand jury will decide."

"Maybe later on there will be a few changes to provide some clarification, or they may just leave it like it is," Smith said. "But if there are too many shootings, probably the Legislature will pull back on some of the subjectivity."

"This is one of the hot topics here," Smith told the Jackson Free Press after the meeting. "There's been an increase in gun ownership, and they want to know what rights they have as gun owners."