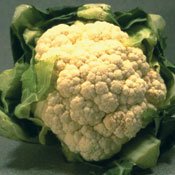 Watching my 3-year-old daughter "cook" in her play kitchen makes me smile. She is constantly pulling bowls out of the plastic oven and trying to feed everyone her invisible goodies.

I think that Otto, the cat, takes the brunt of most of it. Her "kitchen" is where I find my missing pot holders, cups and wooden spoons. Like all proper young ladies, she prefers to cook wearing only an apron and a neon-pink tutu. I think when she moves to the real stove, we'll have to discuss the dangers of cooking naked.

While everyone in the house readily gobbles up every pretend morsel put in front of him or her, getting my daughter to eat what I give her at mealtime has been a different story. I've had trouble figuring out why someone that eats sand won't eat a sweet potato.

Because I don't have the time to be a short-order cook, my daughter has a choice of eating what's been offered or nothing. After watching her eat only garlic bread for a few nights, I realized this wasn't working. So after consulting various cookbooks on the subject, I tried sneaking veggies into certain foods. It worked.

But this, as only a mom can probably understand, made me feel guilty. How would she learn to enjoy vegetables if they weren't presented in their natural form? Which was better, raising a child to only eat certain foods if they are hidden among other things or raising a child that ate only rice, meat, and bread? I eventually came to the only logical choice: Do both.

I hide broccoli in mashed potatoes and spinach in spaghetti sauce, but also still offer the same vegetables in their "natural" state. I just keep offering them up and hope that eventually she'll learn to like them. This strategy has worked. While my daughter is still hesitant about broccoli, she'll happily eat asparagus and lima beans. Her current favorite food is what she has dubbed "cauliflower with brown stuff." Little does she know, she eats cauliflower at other times, too.

Place chopped cauliflower into a roasting pan. Drizzle with oil and stir until all pieces are coated. Add salt and pepper to taste. Bake at 400 degrees for about 10-15 minutes. Take out pan and sprinkle Parmesan onto the cauliflower. (Use the good stuff; the cheese in the green can just won't work.) Put back in the oven for about five minutes or until the cheese has gotten slightly browned and crispy.

Sneaky Cauliflower
I usually puree either leftover roasted cauliflower or frozen cauliflower with cheese sauce. This can then be added to just about anything. I have had the most success adding it to mashed potatoes and potato soup. It's also good to use as your "wet" ingredient instead of eggs when making homemade fish sticks or chicken nuggets.