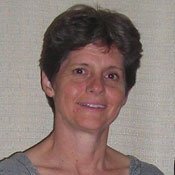 Diane Austin and Tom McGuire (not pictured) serve as project leads for the University of Arizona research team.

Since the mid-1990s, the U.S. Department of Interior's much-maligned Mineral Management Service (MMS) has sponsored projects to examine the history of the Gulf. Research teams from the University of Houston with the assistance of researchers from the University of Arizona have been working on developments in Gulf Coastal communities. Their first two studies, "Assessment of Historical, Social and Economic Impacts of OCS Development Industry on Gulf Coast Communities" (PDF) and "History of the Offshore Oil and Gas Industry in Southern Louisiana," (PDF) have led to a third study in progress, "History of the Gulf of Mexico Offshore Oil and Gas Industry during the Deepwater Era: Worker, Family and Community Perspectives."

The third study, funded with nearly $500,000, began in 2009 and will determine cumulative effects of offshore development on the Coast, and community and family relationships. The study will analyze information from three different perspectives: the pioneers and entrepreneurs; oral histories from workers and the community; and government and political leaders who have developed laws and strategies used to regulate the industry.

Diane Austin and Tom McGuire of the University of Arizona co-lead the project, and UA anthropology graduate student Preetam Prakash is conducting field research in Moss Point. The Jackson Free Press spoke with Austin and Prakash, who said they will continue with fieldwork research throughout 2010, with a final report due in April 2011.

Based on the research that has been done so far, what is the outlook of the oil and gas industry?
Diane Austin: In terms of being able to talk about the industry, I will say that the U.S. is so dependent on oil and gas that we cannot switch out of it overnight. Even as disastrous as this spill has been, our economy and our livelihood will not allow an immediate transition. I think there has been a transition already in place, but in talks of the next few decades, this industry will still be around.

Has the industry presented life-threatening factors to workers and surrounding communities?
DA: There are risks in many aspects of the industry; I think we witnessed that with the explosion. The risk of explosion and other hazards exist in this industry. If you look at it historically, the industry has certainly improved its safety record over time, but there is no guarantee in an industry like this, that there will be no accidents.

Oil workers are made up independent and tough men. From a sociologic standpoint, do you see specific problems within those communities, battering, for example?
DA: Based on the research we've done thus far, that is undetermined. However, I would like to think this depends on family dynamics and expectations. With workers having shifts that require them to be on and offshore for weeks at a time, the extended, non-traditional schedules certainly play a factor in keeping workers apart from their families.

Is there tension between the different populations? (Tourism vs. oil, fisherman vs. oil)
DA: There is a very long-standing relationship among the three. Whenever the oil industry impacts or disrupts the flow of the fishing industry, there is often compensation. In some ways they co-exist, in other ways they have concerns on the effects they have on each other.

The industry has nearly 4,000 oil platforms in the Gulf, only 33 of which are in deep water. Drilling proponents are saying that a moratorium on new wells will destroy the industry and America's energy security. What's your take?
DA: There were pieces of the moratorium being lifted, so much of the activity going on in the gulf will continue. There are thousands of platforms out there that are still producing, and are not being shut down. The initial moratorium was 500 feet, however, that may have even changed. The real concerns for regulations were in the deep water, which is why a moratorium was not placed on the near shore, because there is a long history of that operation going on.

What is the attitude of industry workers toward shifting away from oil and toward green, sustainable energy?
DA: We've yet to study that as well, so I'm unable to provide you with a percentage. I think the real question is how much work would there be? Would there be enough to replace the number of jobs? Would they have the same skill set, so that people losing jobs in the oil industry could actually get jobs in another industry?

Will the MMS be making the study, or any parts of it, public?
DA: Yes, we have central archives at the University of Houston, and copies at the University of Louisiana-Lafayette, and at Nichols State University. Because this is the first study we've included people from Mississippi, we will be working with archives to see where the interviews will go after they are transcribed. At some point, we will provide a Mississippi university with copies of all the materials, but we aren't there yet.