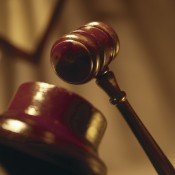 • Voted to approve a grant application to the U.S. Department of Transportation to widen Lynch Street. The federal American Recovery and Reinvestment Act grant could widen a section of Lynch Street to four lanes with a median, and could reconstruct the Highway 18/Lynch Street interchange. The $32 million grant requires $8 million in matching funds from the city.

• Approved the purchase of software that could eventually allow Jackson residents to log and track complaints and service requests to the city including complaints of potholes, police behavior or barking dogs. Cityworks software, produced by Utah-based Azteca Systems, costs $170,000 and will generate service requests for the city department overseeing the type of complaint, from public works to the police department. A second, $126,000 software package, Timmons GIS' Request LoGIStics, allows residents to report problems using the city's website.