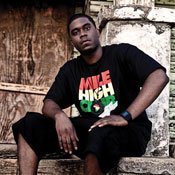 Mississippians will have the opportunity to see some home-grown talent this Friday when Meridian native and hip-hop artist Big K.R.I.T. performs in Jackson.

The 23-year old, whose name stands for Kings Rule in Time, signed a record label with Def Jam Recordings in June. He often credits Mississippi as his inspiration for subject matter and lyrics.

Big K.R.I.T began writing poetry and raps at age 12 and cites the late Tupac Shakur and Biggie Smalls as the hip-hop artists he looked up to. At 14, he began producing and writing his own music. Since 2005, he has produced four mixtapes under his own record label, Multi Records.

Great to see another Mississippian take off and fly.