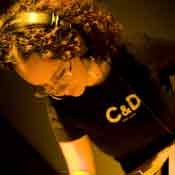 Larisa Ma, DJ Ripley, is the guest speaker for Cross Pollinate Vol. 2: A Speaker's Series, this weekend in Jackson.

Larisa Mann laughs when asked to describe what she does for a living. As a student earning her doctorate at the University of California at Berkley's law school and a writer, Mann, also known as DJ Ripley, has reason to pause.

"It depends on how much time I have how I describe myself...I can't really say one thing or another, since there isn't one word that encompasses everything I do," she says.

Mann, 36, who lives in San Francisco, has a master's degree in economic history from the London School of Economics. When she talks, she discusses everything from peasant land communes in Russia to Slovenian soccer to the Jamaican music scene.

Her musical background is just as hard to pin down. Mann's journey started with piano and violin lessons but shifted to punk rock as a teenager when she played guitar in a few bands. By the early '90s, with the rise of raves and the electronic dance scene, Mann immersed herself in electronica. Finally, around 1995, while Mann was in a band in the Boston area, she started borrowing turntables from the band's deejay. A year later, she got her own turntables and began to deejay more regularly. In 2008, she won the "Best Dance DJ" award in the San Francisco Bay Guardian's Readers Poll.

On her blog, Mann describes mixing familiar music with "foreign, distant sounds in ways that make the familiar strange and the strange familiar."

Mann also studies the relationship between cultural practices and copyright law. In Jamaica, she researched how local artists reacted when copyright law was introduced there after having not been in effect.

This weekend, she will be sharing her work with Jacksonians during Cross-Pollinate Vol. 2: A Lecture Series. On Friday, Mann will be discussing her work, entitled "From London to Kingston: How Copyright Law Shapes Creative Culture." Then, on Saturday night, Mann will appear as DJ Ripley in playing a show at the North Midtown Arts Center.

Mann will also work with members of the Youth Media Project on Saturday, a group of area high-school students interested in journalism. In addition to creating a song about Jackson with the group, Mann says she will tell students about her life and work.

"My way of being a scholar and an activist and an artist is not the story you usually tell about how you go about doing these things," she says "You're usually encouraged to abandon your artistic life and go into serious academia, or leave academia behind and become a real activist, or leave all that other stuff behind and be an artist and live a life of creativity," she explains."I'm trying to talk about how it's possible, and, in fact, important, to try to keep those things in relation to each other in your own life."

On Friday, June 25, Mann will discuss copyright law and creativity at the Jackson Community Design Center during Cross-Pollinate Vol. 2: Lecture Series at 5:30 p.m,  and will deejay June 26 at 10 p.m. at the North Midtown Arts Center. The events are free and open to the public. To sign up for the Youth Media Project, e-mail [e-mail missing].