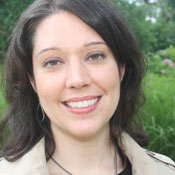 When she was a young girl, Brooke Wyatt Kuhne says she was one of the USA International Ballet Competition's biggest fans but she never thought her passion for the arts would someday lead her to becoming the competition's artistic administrator.

"IBC has played a big role in fueling my passion. It's such an inspiration to see dancers from all over on top of their game," She says.

As the artistic administrator, Wyatt Kuhne, 31, serves as the competition's liaison, to dancers, coaches, parents, and staff members to assure their understanding of the rules regarding the competition and addressing any concerns that may arise. In addition to managing those behind-the-scenes aspects of the competition, Wyatt Kuhne plans ancillary activities such as Lunch and Learns, photo workshops and tutu-making seminars.

Wyatt Kuhne attributes the competition's success to her knowledge of theater and special-event planning, ability to interact with different types of people, her assistant, Hannah Renegar, and interns.

A native of Jackson, Wyatt Kuhne says her passion for dance originated when she saw "The Nutcracker" with her mother as a toddler, which eventually led to her first dance lesson at age 4. At 12, Wyatt Kuhne, an only child, moved to Birmingham with her parents where she enrolled in the Alabama School of Fine Arts. After graduation, she attended Brenau University in Georgia, where she earned her bachelor's degree in dance education in 2000.

After college, Wyatt Kuhne worked as a public-school dance teacher, a private dance instructor, operations manager for New Dance Group in New York, and a teaching artist at the American Ballet Theater, also in New York. When the IBC offered her a position in May 2005, she says it was an opportunity she couldn't refuse.

"When I first heard about the job opening, I was excited to have the opportunity to be involved with the organization and its staff members," she says. "I've always had respect for IBC, and I was even more enthused to hear that my hometown was hosting this year's event."

Wyatt Kuhne moved to Jackson in May from Brooklyn, N.Y. where she shares an apartment with her husband, Paul Kuhne. She currently lives in the King Edward, but will return to New York when the competition is over.

In her free time, she likes to work in her rooftop garden in New York. She also enjoys jazz and blues music, and traveling. She envisions the next five years of her life working with dancers and potentially starting a family of her own with her husband.

The 2010 USA International Ballet Competition, runs through June 27. This weekend features a Saturday brunch at 11:30 a.m. at the Jackson Marriott. Tickets are $10 pus tax and tip and an advanced reservation is required. Call 601-355-9853 to reserve a spot. The second round of the competition starts Saturday at 7:30 p.m. at Thalia Mara Hall with performances Sunday at 2 p.m. and 7:30 p.m. Sunday, June 20, The Belhaven Center for Performing Arts presents the Edward Stierle Contemporary Showcase at 2 p.m., featuring performances by 25 dancers who weren't selected for the semifinals of the competition, with special guest performance from artist Brooklyn Mack. Tickets are $5 and all proceeds from the event benefit the Dancers Responding to AIDS program. Call 601-973-9249 or visit the IBC's website for tickets and more information.