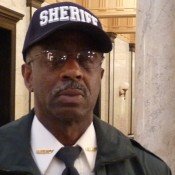 Reform and belt-tightening will collide when state lawmakers consider mental-health services in the 2010 legislative session. Gov. Haley Barbour has signaled his desire to close some state mental-health facilities, arguing that the state could save money and better serve the mentally ill by providing them with community- and home-based care. The governor's proposal has drawn criticism, however, for dangerously oversimplifying a major shift in the way the state treats mental health.

Receiving special attention are the state's seven mental-health crisis centers, six of which Barbour targeted for closure in his budget proposal. Barbour acknowledged the value of a decentralized, community-based approach to mental health in his Nov. 16 budget proposal, and he suggested that closing the six crisis centers was a step in that direction.

"Over the years, the State has relied heavily on institutional care for mentally ill individuals. Going forward, the state needs to commit fewer fiscal resources to institutional care and more fiscal resources to home- and community-based care," Barbour said in his Nov. 16 budget proposal. "Closing the facilities will put a greater reliance on home- and community-based services like those offered at the community mental health centers."

March is president of the Mississippi Sheriffs Association, which voiced its opposition to Barbour's proposal at a Dec. 31 press conference at the Capitol, when it called for cooperation between law enforcement and mental-health service providers to avoid criminalizing the mentally ill.

Created in 1999, the state's seven county-based crisis-intervention centers represent a shift toward community-based mental health services and away from large institutions. The 17-bed centers offer treatment to mentally ill individuals going through a psychiatric crisis, with the intention of stabilizing them so that they do not need to be admitted to the Mississippi State Hospital at Whitfield.

Jefferson County has used the Brook-haven crisis center for less than a year, not long enough to gauge its effectiveness, Walker said. Walker also acknowledged that many crisis centers have not been used as they were originally intended: to quickly stabilize patients without requiring commitment.

In a recent Associated Press interview, published Jan. 2, Barbour used the same argument to justify closing the centers, claiming that "most of the people treated there aren't in crisis." Barbour also explained that he spared the Grenada crisis center in his proposal because it has a track record of stabilizing a high percentage of its patients in crisis in a short amount of time.

Roy Mitchell, executive director of the Mississippi Health Advocacy Program, urged caution before abandoning the crisis centers in favor of a still-abstract community-based approach. Introducing crisis centers would still be a step forward in other states, he said.

"There's a lot of talk about this community-based approach, but it's not in place (yet)," Mitchell said. "It's not like a light switch."

Mental-health services are an easy target for belt-tightening, because results are difficult to quantify and neither providers nor consumers in the state have much political clout, Mitchell noted.

Sen. Hob Bryan, D-Amory, hopes to develop a plan for moving the state toward community-based care. Bryan and his House counterpart, Steve Holland, D-Plantersville, are chairing a study group devoted to the issue. He acknowledged the need to move deliberately.

"You can't close a facility without providing services to the people who are there," Bryan said.

The state has a difficult task to ensure that local options exist for mental patients currently in state institutions, though. In a system analogous to the state's community college system, community-based mental health services in the state fall under the authority of fifteen different regional mental-health centers, each with their own governing commission. The quality and breadth of services varies between districts, Bryan said.

"People prefer to live at home," Bryan said. "That's the direction that everyone wants to move in. It's the mechanics of how we get from point A to point B that we're working on."