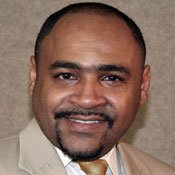 Trent Walker is counting on his 14 years of varied legal experience in his bid for Hinds County judge.

Walker, currently an attorney with Schwartz and Associates, launched his campaign yesterday with a press conference at the Hinds County courthouse. "When we look for a judge, the things that we are really looking for are fairness, integrity, impartial enforcement of the law," Walker said. "People want to be assured that they will have their fair day in court."

A native of Brandon, Walker attended Jackson State University, where he received both a bachelor's degree in English and a master's degree in public policy and administration. He earned his law degree from Tulane University in New Orleans.

In his campaign, Walker is touting his courtroom experience, which includes time spent as a public defender in Yazoo County, an assistant Hinds County prosecutor and as a referee and prosecutor in Hinds County's youth court and youth drug court.

"There's always room for improvement in any system," Walker said.

The general election for county and circuit court judge seats is Nov. 2.

Good luck, Trent. I hope this goes well for you.