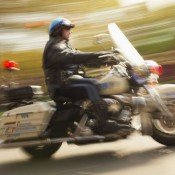 The Jackson Police Department reports an overall decrease in major crimes from April 19 through April 25 in the city. But Assistant Chief Lee Vance is cautious not to attribute the decline to the department's implementation of the High Enforcement and Response Operation, a task force that began April 24.

"The shootings seem to have slowed down," Vance said. "…The shootings could start back up tomorrow, and then what would we say? This is a strategy to combat crime and we are happy that it is slowing down."

Addressing the increase of grand larcenies, Deputy Chief Brent Winstead put some of the responsibility on home and car owners. He said that during the summer months citizens tend to leave lawn movers and tools outside and in the back of trucks, where they are easily stolen. Also, vehicle owners leaving their GPS units in plain view is another reason for the increase.