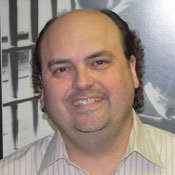 City Attorney Pieter Teeuwissen confirmed at a public forum this morning that the Environmental Protection Agency has informed the city of possible water-quality violations at the city's wastewater treatment plant. "We have a sewage treatment plant in south Jackson that was designed to treat 50 million gallons (of wastewater) a day. It went online in 1989, under (Mayor Dale) Danks' administration. That plant started exceeding its capacity within a year. Now we're 20 years down, and we're still exceeding capacity," Teeuwissen told a crowd of about 70 at Koinonia Coffeehouse's Friday Forum. "The EPA has brought to the city's attention various alleged violations including the amount of sludge in the south Jackson sewage lagoons."

Teeuwissen said the EPA is also investigating the quality of wastewater flowing back into the Pearl River from the plant.

Neither the EPA nor the city of Jackson would confirm a full-fledged EPA investigation, although Socrates Garrett, whose company Garrett Enterprises transports sludge for the plant, said EPA officials were onsite at the facility last month.

"EPA is always on the site," Garrett told the Jackson Free Press in March. "It's their job to make sure the plant is up to standards."

The population of the city of Jackson has been declining for decades, with only 175,000 residents occupying a municipality that is twice the physical size of San Francisco, Teeuwissen said. However, the growing communities surrounding the city, including Clinton and various municipalities in Rankin and Madison counties, rely on Jackson's infrastructure and its single wastewater treatment plant for sewage processing. The burgeoning population of the suburbs are pressing the plant beyond its limit, then-Ward 1 Councilman Ben Allen said at a March 2007 city council meeting. At the time, Allen said that upgrading the plant could cost up to $100 million so it could bring the pressing sewage requirements of the suburbs to EPA standards. He described the problem as "the most important issue the city council will face as far as the economic future of Jackson."

Instead of helping the city finance the upgrades, however, nearby counties are considering building their own wastewater-treatment plants. Madison Public Works Director Denson Robinson said last year that the Madison County Wastewater Authority was considering a new wastewater-treatment plant that would dump into the Big Black River. Richland Mayor Mark Scarborough said the West Rankin Regional Authority is also considering building its own water treatment plant, possibly within the vicinity of the current Jackson-owned plant.

Flowood, in the meantime, is under contract with Jackson to treat and transport wastewater, but can opt out of that contract in 2015 so long as it notifies the city of the intent by 2012.
The city of Jackson would have to finance the upgrade alone if the suburbs went their own way, but Teeuwissen said he was not sure if the suburbs wanted the hassle of going through either the construction costs or EPA red tape. Federal environmental agencies, in the words of Teeuwissen, are more concerned about the geographic area impacted by multiple sewage treatment plants than multiple suburban communities' desire to sever ties with a central city.

"The discharge from Jackson's Savannah Street plant is in very close proximity to where the West Rankin utility plant would be, and there's a very limited amount of discharge you can put into the same river with another plant--especially one that's putting out discharge that isn't up to EPA standards," Scarborough said. "We might have to pipe the waste to a new plant further down the river, which wouldn't be cheap, but we're also exploring many other options, and one of them is the upgrading of the Jackson plant."

Wait a minute, didn't the City spend millions to make improvements or upgrades to the Savanna Street treatment plant over a decade ago? And it STILL lacks capacity to treat sewerage from the COJ and the suburbs? What was the point of that project 10 years ago then?