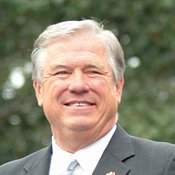 Gov. Haley Barbour is asking the Mississippi Legislature to pass an incentive package for two companies to locate in Mississippi.

Mississippi Gov. Haley Barbour called a special session this afternoon to consider increasing the amount that state, county and municipal employees pay toward retirement. Barbour, who made the announcement about three hours before the special session began, said he wants K-12 and college teachers and government employees to pay 9 percent of their paychecks toward retirement, instead of the current 7.25 percent, in order to save $56 million in the general fund and another $20 million in municipalities and county governments.

"While the employee's share hasn't changed since 1991, the state' sshare has gone up from 9.75 to 12 percentof their payroll, just since I've been governor," Barbour said, while surrounded by members of the House and Senate. "Part of this is about equity to the taxpayers, part of it is about protecting jobs, but the biggest part is to increase the income of the state pension plan to make sure it's healthy and can meets all its needs."

By Barbour's estimate, an employee making $1,000 a month pays $72.50, while the state pays $120. If Barbour gets a bill from the House and Senate that meets his request, that same employee "will pay up to $90 while the state will keep its payment at $120," according to the governor.

House Speaker Billy McCoy, D-Rienzi, and House Appropriations Chairman Johnny Stringer, D-Montrose, stood with Barbour at the special-session announcement in the governor's office this morning. McCoy said the House would submit a bill addressing the issue during the session, although House members seemed more passionate about pursuing voluntary furloughs for state employees to save state jobs than increasing retirement payments.

AFL-CIO President Robert Shaffer said he could not sympathize with Barbour's decision: "This is the same governor who turned down $58 million in federal stimulus money just to avoid changing the state's unfair unemployment laws," Shaffer said.

Barbour insisted at the press conference that his effort to shore up the pension fund could avoid layoffs for up to 1,000 state, county and municipal employees.