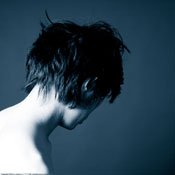 Victoria McFarland stood at her kitchen counter as her husband, Billy, frantically put food into the cooler for their summer camping trip. She was feeling foggy and couldn't remember simple everyday tasks. She felt helpless.

"I want to help you and make the sandwiches, but I need you to tell me how," she said to him.

McFarland was in the throes of a depressive episode that lasted for nine months. Diagnosed six years earlier with bipolar II disorder, she had managed her illness well. Then, in April 2008, she had a severe allergic reaction to poison ivy, and her doctor gave her steroids to treat it. McFarland explained that typically bipolar patients aren't treated with steroids because it can trigger a manic episode. After five days of not sleeping, she plummeted into a deep depression.

"No medicine could bring me out of it. There was no drug strong enough. I begged my husband and family to institutionalize me. I did not want to be a burden anymore," she says.

Her doctor and husband convinced her to give a four-medicine cocktail a chance to work. Finally, the medication started working, and she emerged from the foggy depths of despair.

"Everything seemed so much brighter and prettier. The sun felt warmer, the colors were more vibrant," she says.

Today she is in a good place. I would never have known that she struggles with a mental diagnosis. Friendly, outgoing and animated, she talks about her involvement with her children's school and the National Alliance for Mental Illness.

Women are twice as likely to experience depression as men, according to the National Institute for Mental Health. Twelve million women in the United States experience clinical depression each year. Women also attempt suicide twice as often as men.

Dr. Shambhavi Chandriah at the University of Mississippi Medical Center says that the chances for depression in women double at the start of their first period and subside when they reach menopause.

"We also recognize that when hormones are in flux … there is increased risk for depression. So we think that hormones are one of the biggest reasons we see a difference in women and in men," Chandriah says.

Women are socialized differently than men. Often, women are brought up to take responsibility and blame themselves when things go wrong, Chandriah says.

"Whereas boys are taught to externalize their feelings, women tend to internalize and become more depressed," she says.

When someone feels depressed, Chandriah recommends looking at the possible causes. Certain events like a death in the family or divorce are outside causes of depression. However, if the symptoms persist for more than six months and are interfering with daily function, the person should seek medical help.

Unfortunately, seeking help can sometimes bring negative opinions from others. Chandriah says that some still believe that depressed people can bring themselves out of it: If they just change their thinking, they can overcome depression.

"It makes me angry, when people tell me to pray harder or to think more positively," McFarland says. "Like it's my fault that I have depression, or that I have done something wrong and brought this on myself."

Organizations like NAMI work to change the mindset of society. Through programs like "In Our Own Voice" where individuals share their experiences with the public in free, moderated video presentations, NAMI is working to eradicate the stigma associated with mental illness, and also offer support group programs.

"It was so much help to find other people who understood what I was going through," McFarland says. Finding a support group and people who understand what is going on is instrumental in her recovery. Together they can share experiences and even laugh about living with a mental diagnosis.

"I want people to know that this is the face of depression," McFarland says, indicating herself. "This mother, wife, Christian and community volunteer is what having a mental illness looks like. I want to help other people by sharing my experience. It's about balance."

On May 18, McFarland will present the NAMI program "In Our Own Voice," at the G. Chastaine Flynt Library (103 Winners Circle, Flowood) at noon. For more information on this program and other programs NAMI offers, go to http://www.namims.org.

• B vitamins, especially folic acid and B6
• St. John's Wort (do not take with other depression medications)
• SAMe (S-adenosylmethionine)
• Fish Oil: Omega3
• Anti-oxidant multi-vitamin and a well-balanced diet.

For more information on natural healing and integrated medicine, go to http://www.drweil.com.

This article inspired something rant-y in me, and while my comments arent exclusively focused on depression, they were certainly inspired by this piece. my apologies for being a little off topic and hijacking this space to get on a little soap box. "the chances for depression in women double at the start of their first period and subside when they reach menopause. 'We also recognize that when hormones are in flux … there is increased risk for depression.' " The flow of these two sentences makes me uncomfortable. Because yes, women of child bearing years have a hormonal cycle special to that phase of life, but its a cycle that repeats monthly for decades. And yes, its changes over the reproductive phase of a womans life, but the nuts and bolts of the menstrual cycle are the same for an 18 year old as they are for a 34 year old. When I read 'hormones are in flux' I think of a continually changing hormonal landscape, and thats just not want a period is about. The period gets a rough rap in our lives-- not only does it make us bitchy and overly sensitive, but now its also depressing? no. no its not. its awesome, yall. human bodies are awesome and amazing. all the time-- not just during those time periods where they are entities physcially capable of nurturing and harboring and opening up to deliver new life onto the earth. dont believe me? feeling down because you are (or some you know is) a women who can have babies? here are some fun things to look at on the internet regarding having a period: http://menstruationresearch.org/category/humor/ (here I watched a video of the 'period fairly' and an ad parody for 'vampax' -- a safe tampon for women with vampire boyfriends) also, if you havent seen it before, google gloria steinem 'if men could menstrate' its an old article and silly but good for inspiring new thoughts. and then, for those interested in going there http://www.orgasmicbirth.com/

Depression stinks. I've fought the battle to some degree most of my life, but it came to a head in 1999 when panic attacks were added to the mix. Eventually, it got bad enough for me to stop working for a while. I'm working again, and I'm back in school to get another degree, and nasty monster called depression is trying to rear its ugly head again. It's like being tarred and feathered - easy to get on, hard to get off. For me, there usually has to be some trigger to get the ball rolling. This time around, a severe sinus infection in January, which included a week-long fever, threw me off balance. I think being fatigued for almost two months did me in. For me, hormonal changes exacerbates the problem. Everything looks ten times worse, and I sob over minor things. I don't think clearly either, so I hate making major life decisions in those moments. Does anyone else have that problem?

LW, I have always had trouble at that time as well. I get terribly scatterbrained about things, run red lights, can't type, all kinds of things. I'm like McFarland and feel that depression or other MH symptoms gets a bad rap from society. I applaud this program and hope a lot of people go to see it.

L.W., I, too, have suffered from depression most of my adult life, as did my parents and my sisters. If you've never experienced the feelings of utter devastation and isolation that come with depression, it's difficult to imagine. I recently came across this description: The opposite of depression isn't happiness; it's vitality. And yes, Kat, the ebb and flow of hormones made it far worse for me, as it does for many women. That's simply a fact. Consider yourself lucky if hormones don't affect you in that way, but depression isn't just feeling a bit down because you're having a period; it's much more serious than that.

The opposite of depression isn’t happiness; it’s vitality. Exactly. You just don't function at full capacity in a depressed state. Your ability to make decisions is hampered, and a lot of things that used to interest you or matter to you lose their luster. When you get to a point where even getting out of bed, bathing or brushing your teeth is a struggle, that's beyond a little sadness - that's incapacitation. Also, depression can have negative effects on you physically. Check this out: Scientists are now beginning to uncover the links between depression and heart disease, depression and diabetes, depression and cancer, and depression and stroke - amongst others - and what they are finding suggests a cruel illness going to work in a variety of insidious ways, all with the power to kill. According to a Montreal Heart Institute study, depressed patients with heart attacks are four times more likely to die within six months as their non-depressed counterparts. A Washington University study found that depressed people with newly-diagnosed heart disease are twice as likely to have a heart attack or require bypass surgery. A recent Johns Hopkins study concluded that those who are depressed are four times more likely to have a heart attack within fourteen years. Ken Duckworth MD, Deputy Commissioner of the Massachusetts Department of Mental Health, advised any MDs in the audience at the 2002 NAMI conference that "you need to be thinking of [your patients] as if they already had a heart attack." His epiphany came when as a young doctor working in a mental health facility someone came up to him and said, "Ken, you guys are getting fabulous at doing memorial services." A 1999 study his department initiated found that the risk for cardiovascular disease for people with serious psychiatric illness in Massachusetts ranged from twice as high to six times higher than normal, depending on age. Respiratory illnesses were four to six times higher and diabetes twice as high. For individuals between the ages of 15 and 64, the death rate is 1.4 to 3.3 times higher for Department of Mental Health clients than for the general Massachusetts population. A Kaiser Permanente study discovered that those with diabetes were more likely to have been treated for depression within six months before their diabetes diagnosis. About 84 percent of diabetics also reported a higher rate of earlier depressive episodes. As for cancer, a National Institute of Aging study found that chronically depressed people were 88 percent more likely to develop cancer. Meanwhile, those who experience major depression increase their risk of stroke by 73 percent, according to a two-decade study by the Centers for Disease Control. And a study of 5201 men and women aged 65 years and older published in the American Medical Association's Archives of Internal Medicine reported that even milder forms of depression constitute a mortality risk factor in the elderly.