Mississippi Roads to Blame for Wrecks 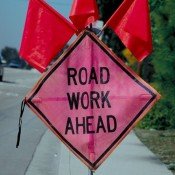 The city of Jackson is moving ahead with a Fortification Street overhaul this week and is considering building restrictions on Old Canton Road.

The magnolia state ranks in the top ten for road-condition related vehicle crashes, reports WLBT. The 2006 cost to Mississippi for those wrecks stands between $103.4 million and $131.4 million.

"We're rural. We've been underfunded for many years, particularly local municipal governments. They don't have anywhere near the resources they need to keep the highways up and the bridges up," Central Mississippi Transportation Commissioner Dick Hall told WLBT.

"If I had a billion dollars, I couldn't do everything we need to do in metro Jackson," Hall added, telling WLBT that he would love to straighten out Waterworks Curve on Interstate 55, but such a project would cost an unfathomable amount of cash.

Bring in Mexicans. They can build anything for $5. Just don't get mad and deport them afterwards like you usually do.

How am I wrong? Mexicans do work for nothing, as does most immigrant labor throughout the world. I'm not saying it's right, that's just how it is. Take your heart off your sleeve. "How dare you backwards rednecks be so ignorant?!!!" That's my impression of you.

Folks -- please don't make assumptions about other posters. Make your points agreeably, even if you disagree. Thanks!