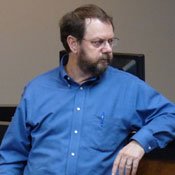 The Rankin-Hinds Pearl River Flood and Drainage Control District Levee Board is considering decreasing the size and depth of its Lower Lake plan to save portions of LeFleur's Bluff Park and its adjoining campgrounds and hiking trails from inundation.

Last December, the Levee Board approved a U.S. Army Corps of Engineers plan to expand the current levee system to accommodate a 200-year flood event similar in scope to the devastation of the 1979 Easter flood, which swallowed parts of downtown Jackson and did more than $200 million in damage. However, a majority of the board is also pushing for the possibility of damming the Pearl River between the expanded levees, creating a lake to coax real-estate development between Hinds and Rankin counties.

In February, Mississippi Engineering Group Inc. delivered to the board a 28-page draft of its economic-impact report on a Lower Lake Plan, which would create a 6.5 mile lake. The lake's design, as depicted in the report, permanently floods a large portion of LeFleur's Bluff Park, including the Mayes Lake campgrounds—a tragedy according to Mississippi Wildlife Federation Director Cathy Shropshire, who described the area as unique to most metropolitan areas.

"You just don't get 300 acres of a nice park-like area in the middle of a big city like this unless you live in an area like Vancouver or New York City. Most places don't have that kind of value," Shropshire said.

The Lower Lake Plan and its environmental issues face a veritable brick wall with the Corps. Corps Chief of Project Management Doug Kamien told the Levee Board last September that the Corps approved the levee plan almost exclusively due to environmental impacts of any plan to impound the Pearl River.

Corps spokesman Frank Worley told the Jackson Free Press that the Corps has not updated its opinion against any flooding of the Pearl River since September.

Mindful of the Corps' determination to avoid environmental problems, Waggoner Engineering Inc. project engineer Barry Royals introduced to the board on Monday alternative plans that leave the park untouched by the tendrils of the new lake.

"Under this scenario, you do not flood the park or the walking trails, but you do put five feet of water into Town Creek where it goes underground (behind the planetarium)," Royals said.

Royals said the project could begin with the simple construction of a weir in the initial stages, but that the district could expand the lake northward just beneath the southern border of LeFleur's Bluff Park by dredging the river in phases. Royals explained that the smaller lake, which averages six feet deep, can hopefully dodge the Corps' environmental concerns by occupying an area that the Corps has already channelized.

"Environmentally, that area had already been impacted. And there are levees all along it, so hydraulically you've already modified the area for drainage," Royals said."

The Corps could not be reached for comment on the more modest lake plan. Waggoner Engineering Inc. maintains that the Corps has yet to study the new design.

Last year, Royals argued that engineers could not make the water level lower than a 10-foot average because of the risk of seasonal drying at the highlands north of the new underwater dam, without incurring extra costs for dredging along the dam. Royals could not give an exact estimate of the cost of the smaller lake project and its increased dredging requirements, arguing that it was still in its early stage. He suggested the cost could hover around $605 million.

"What we did was take the figures the corps used on the LeFleur Lakes Plan and halve it," Royals said."

The LeFleur Lakes Plan is an offshoot of a plan promoted by Jackson oilman John McGowan to dam the Pearl River and create a more massive lake flooding about 7,000 acres, including Mayes Lake. The Corps estimated that plan to cost $1.4 billion after environmental mitigation and levee installation. McGowan said the Corps inflated the cost of his lakes plan and disowned the LeFLeur Lakes project. He now favors a similar Two Lake Plan, which he claims will cost only $350 million, and does not require levees to achieve flood control. The board rejected McGowan's Two Lakes Plan when it approved the Corps' levee plan last December.

Royals told the Levee Board that he also believed the Corps had inflated the cost of the LeFleur Lakes Plan, and used that assertion to contend that "Lake 255" could end up costing less than $605 million.

"It is my guess that it will be much less than what I mentioned to you because I believe the Corps dollars on the original plan were highly inflated," Royals said.

Board member Leland Speed argued that levees are not needed for flood control, a contention rejected by fellow board member Richland Mayor Mark Scarborough, who complained that levees are unquestioningly needed in Richland thanks to growing water run-off from development in Rankin County.

Speed argued that the board could do away with levees entirely if it moved the underwater dam further down the river. The board then asked Royals and Waggoner Engineering to study the prospect, and decided to reconvene the meeting April 27 to hear the results.

Royals, looking discouraged, agreed. But he warned the board earlier in the meeting that no plan would move forward without the Corps' input of $133 million—and reminded the board that the Corps wants levees.