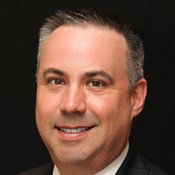 Sean Byers is the new general manager of the Hilton Garden Inn at the historic King Edward Hotel.

As the new general manager of the Hilton Garden Inn, better known as the King Edward Hotel, Sean Byers knows he is at the center of Jackson's renaissance and wants to help it flourish.

Originally from Houston, Texas, Byers spent the last several years managing the Hilton Capitol Center in Baton Rouge. Much like the King Edward, the Capitol Center is a restored historic hotel in the heart of the city's downtown.

"There is a very similar story in Baton Rouge with the hotel being the kingpin of Baton Rouge's revitalization," Byers says. "I really have an understanding of what the hotel means not only for Jackson, but also for a downtown area. I am beginning to establish myself with the downtown community, and I am absolutely thrilled to see how excited the city of Jackson is to have this hotel open again."

While Byers was attending college at Galveston College in Texas, he started his first job working as a bellman in a hotel.

"I found that I really loved the business," he says. "I love the people side of it. I discovered I was pretty good at it. I didn't set out to be a hotel professional but its something I started doing and fell in love with."

As general manager, Byers, 36, is responsible for overseeing the day-to-day operations of the hotel, ensuring guest satisfaction, and working with department managers and employees.

In addition to working at the King Edward, Byers is also living there until he finds a home in Jackson for himself, his wife Rachael, and the baby they are expecting in August.